Explore the great cities of Central Europe, enjoying a private evening cruise on the Danube through Budapest, a Chef’s Table experience in Bratislava, a tour of Vienna’s Schönbrunn Palace and a visit to the Jewish Quarter in Prague.

Budapest | Across the Bridge in Pest

Vienna | Visions of the Imperial City 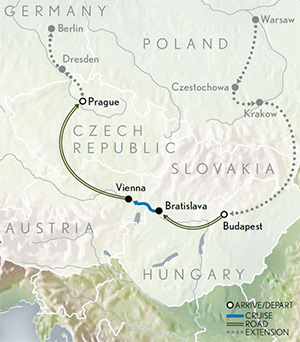 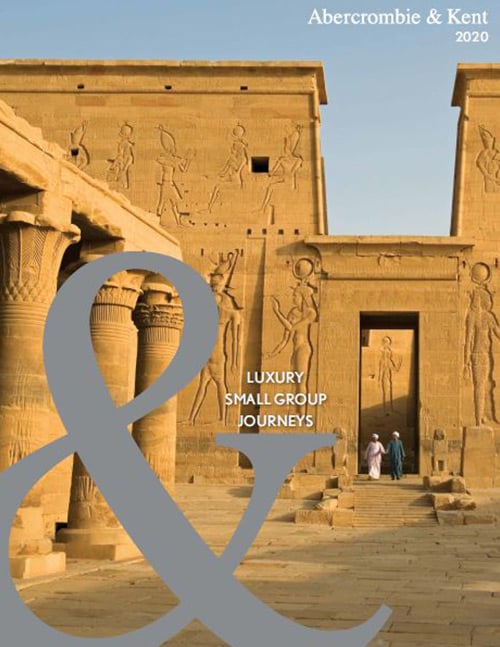 Arrive in Budapest, a city occupying both sides of the Danube River and founded in 1873, when right-bank Buda and Óbuda joined left-bank Pest. Budapest’s broad avenues and turn-of-the-century architecture have earned it the name, “the Paris of Eastern Europe.” Like Paris, it is a cultural mecca for writers, artists and musicians. Transfer to your hotel, where you join your A&K Resident Tour Director and fellow guests for a welcome dinner.

This morning, cross the Danube River to explore the Buda side of the city. Visit Matthias Church, the 13th-century coronation cathedral of Hungarian kings, and Fisherman’s Bastion, offering spectacular views of the city. Built in neo-Gothic and neo-Romanesque styles, the bastion is named for the guild of fishermen who defended this part of the city during the Middle Ages. Then, meet a Buda resident for lunch in the gardens of her villa — an experience specially planned for A&K guests. Enjoy your afternoon at leisure, relaxing in your luxurious accommodations or exploring this romantic city on your own, perhaps dining at one of Budapest’s fine restaurants. Choose one on your own or ask your Resident Tour Director for a list of recommendations by A&K.

Budapest | Across the Bridge in Pest

Today, explore Pest, starting with a private visit to the Franz Liszt Academy of Music, founded in 1875. Continue your city tour as you view Heroes’ Square and stop to see the Great Synagogue as well as St. Stephen’s Basilica, whose south tower houses the largest bell in Hungary. Then, visit the Central Market Hall, to view the vast array of food and crafts on sale throughout its three floors, including cheeses, sausage and other local specialties, and enjoy time at leisure for lunch on your own. Later, visit the Parliament Building before spending the remainder of your afternoon at leisure. This evening, after dinner, embark on a private cruise of the romantic Danube, to watch the glittering lights of Budapest drift by in the night.

Journey overland to Bratislava, capital of Slovakia, for a guided walking tour of its old town, once a jewel of the Austro-Hungarian Empire. Stop at a local restaurant, where you enjoy a Chef ’s Table experience, having lunch with its esteemed chef, who shares insights into seasonal dishes and his life as a restaurateur. Embark on a high-speed catamaran for a quick cruise along the Danube River to Vienna, Austria.

Join your local guide for a walking tour of marvelous Vienna. At the Hofburg Palace — former seat of emperors and current residence of the president of Austria — visit the Treasury to admire its glittering collection of imperial regalia. Then, continue to the Gothic St. Stephen’s Cathedral. Spend your afternoon at leisure. Dine at a local restaurant before attending a concert at the Mozarthaus Vienna, set in the historic house where Wolfgang Amadeus Mozart lived in the late 18th century.

Vienna | Visions of the Imperial City

This morning, enjoy a panoramic tour of Vienna, viewing the Prater and its Giant Ferris Wheel. See the Secession Building and the famous Hundertwasser House, and then visit the Belvedere Gallery, where you find many works by the brilliant and controversial symbolist artist Gustav Klimt, including The Kiss. Enjoy lunch at a local restaurant, and then tour Schönbrunn Palace, the former residence of Habsburg monarchs. Spend your evening at leisure.

Travel to Prague, stopping en route at the Sonberk winery in the Czech countryside for a tour and tasting of its signature vintages, followed by lunch. Continue to Prague, where you check in to your hotel, and then enjoy dinner at a local restaurant.

Today, tour the city’s Castle District, starting with a private visit to the Baroque library halls of the Strahov Monastery, to view its incredible frescoes, which reside amid detailed stucco ceiling decorations. Stroll in the peaceful quiet, looking up at the mural devoted to the intellectual progress of mankind, and let yourself contemplate a bygone era. Then, admire the religious artifacts at the Loreto Chapel, a remarkable Baroque monument that remains a place of pilgrimage. Also, view the towering, Gothic St. Vitus Cathedral, which houses the tombs of Bohemian kings and Holy Roman Emperors, including that of Wenceslas I, Duke of Bohemia — legendary subject of the beloved Christmas carol “Good King Wenceslas.” Cross the famous Charles Bridge, an iconic landmark of Prague completed in 1402, to embark on a walking tour of Josefov, the city’s Jewish Quarter, which remained a walled ghetto until 1848. View the birthplace of Franz Kafka (part of the State Jewish Museum complex), best known for his existentialist novel The Metamorphosis. Proceed to visit the Old Jewish Cemetery, site of 12,000 graves, and the Old-New Synagogue, Europe’s oldest active synagogue, completed in 1270. Afterward, enjoy your evening at leisure.

This morning, enjoy one of these Design Your Day activities.

Visit Tripartit Gallery for a Glass Painting Workshop, and then explore the collections at the National Gallery.

Set Out on a Foodie Walking Tour, savoring tastes of Czech cuisine, from pastries to goulash to beer.

Relax with a Spa Experience at your hotel, in a haven for the body and spirit, choosing from an array of treatments.

Spend your afternoon at leisure. Tonight, gather for a celebratory farewell dinner at a nearby local restaurant.

Transfer to the airport to board your flight home, or begin your post-tour extension.

Single Supplement from $795 per person

Available to add to all departure dates.
See Dates & Prices for details

Arrive in Warsaw, Poland, and transfer to your hotel. The next day, enjoy a guided tour of Warsaw highlights.

Arrive at infamous Auschwitz-Birkenau concentration camp, now a memorial. Return to Krakow. The next day, depart for Budapest.

Tour Dresden by foot, visit the Reichstag and Checkpoint Charlie, and enjoy a guided tour of Cecilienhof Palace. 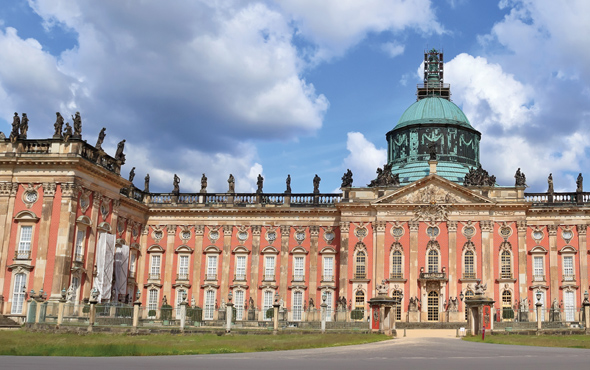 Available to add to all departure dates.
See Dates & Prices for details

Arrive in Dresden, Germany, for a walking tour, visiting the Historic Green Vault. Continue to Berlin and check in to your hotel, where you enjoy dinner.

Tour Berlin, visiting the Reichstag. Drive through Potsdamer Platz to Checkpoint Charlie. The next day, have lunch with a local resident and hear stories of life in former East Germany.

Transfer to the airport to depart.

Mamaison Hotel Le Regina Warsaw
Boutique hotel set in the heart of the colorful capital among the city's iconic sights.

The Bonerowski Palace
Historic, elegant boutique hotel nestled within the heart of Krakow.