In the Northwest Passage, Go Beyond a Legacy of Polar Exploration

In the Northwest Passage, Go Beyond a Legacy of Polar Exploration

To sail the Arctic’s Northwest Passage—the sea route linking the Atlantic and Pacific oceans—is a goal that has fired the imaginations of seafaring explorers and traders for centuries. Like the search for the source of the Nile or the city of Troy, the quest to conquer it is the stuff of legend. It’s also just the start of what you’ll experience on A&K’s Luxury Expedition Cruise through the Northwest Passage.

Courage, skill, perseverance and no small amount of luck were once the prerequisites for anyone attempting to conquer the Northwest Passage, some 500 miles north of the Arctic Circle. It wasn't until the early 20th century that the daunting feat was finally accomplished. Even today, 120 years after it was first successfully navigated, the quest to conquer the grail of Arctic exploration lives on. It also remains something only a lucky few can claim — including those who join A&K’s 25-day luxury adventure cruise, The Northwest Passage: From Greenland to the Bering Sea. 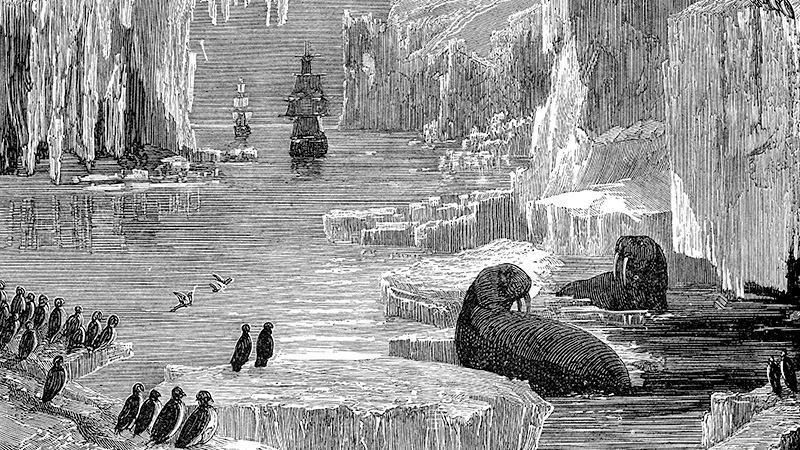 Lure of the Arctic Grail: The Northwest Passage

Cruising the Northwest Passage is one of the most historic polar expeditions of all time, with an itinerary that follows nearly step by step in the wake of great explorers like Roald Amundsen, Robert McClure and Captain Sir John Franklin.

“It was not until Norwegian polar explorer Amundsen finished a three-year expedition in 1906, that someone finally traversed the length of the passage entirely under sail.”

Over the last four centuries, countless explorers sought to traverse the passage, vying with the shifting ice for the sake of king and commerce, but never achieving success. Many turned back due to ferocious weather or intractable ice, while a few likely regretted not having done so, including Franklin, whose lost expedition remains one of the most mysterious of the age of exploration.

The journey was at last successfully completed by McClure, an Irishman in command of the British ship 'Investigator,’ who crossed from west to east between 1850 to 1854. McClure, however, travelled by both boat and sledge, and it was not until Norwegian polar explorer Amundsen finished a three-year expedition in 1906 that someone finally traversed the length of the passage entirely under sail. It would take until 1969 for the first commercial vessel to successfully navigate the passage. 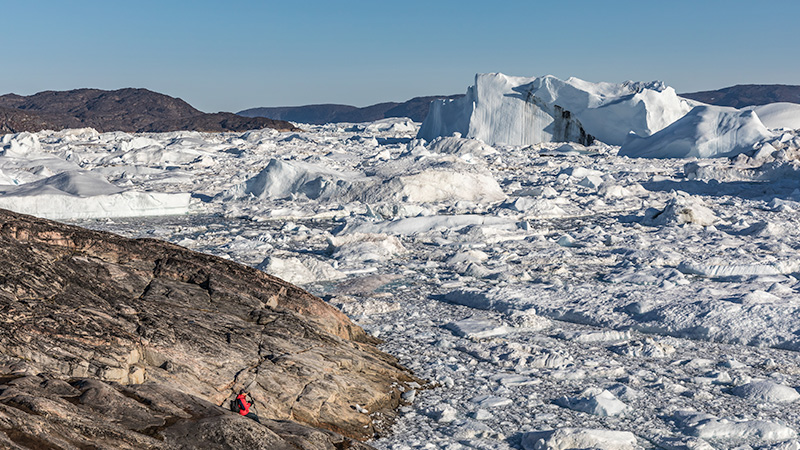 A guest takes in the icebergs of the Northwest Passage

As if the history of the Northwest Passage were not enough, the landscape itself is exceptional and often misunderstood. For example, most don't realize that the passage is actually a series of several different passages, not just one. And ice conditions often influence exactly what the passage may be.

Some of the oldest rocks on earth are found here. Amazingly, despite the cold, there are also fossils of dinosaurs and trees that tell a story of a once warmer climate. In the absence of vegetation today, these rocks are clearly visible. And when snow and ice recede, a glimpse of a geological wonderland that few travellers ever witness is revealed. 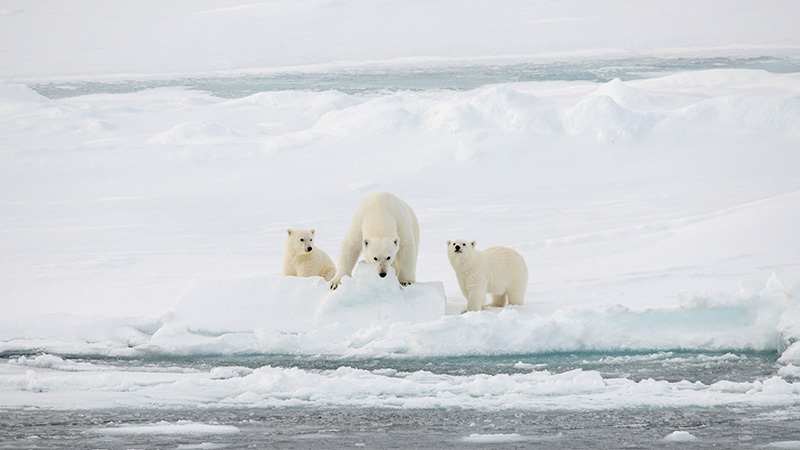 When conditions allow, sightings of the polar bear in this Arctic passage—its native habitat—are possible

Among the Passage’s most thrilling sights are the Smoking Hills of Franklin Bay, discovered by Sir John Franklin in 1826. The hills are a geological phenomenon of smoldering rocks that emit a sulphureous smoke caused by the spontaneous ignition of iron pyrite particles.

Of course, this is the Arctic and wildlife abounds, including beluga and bowhead whales, walrus, sea birds like auks and puffins breeding in sea cliffs, musk oxen and more. Many places along the Northwest Passage are also home to the polar bear and when conditions and luck align, sightings are possible—and often incredible, especially from the comfort and safety of an intimate expedition cruise ship.

“Many places along the Northwest Passage are also home to the polar bear and when conditions and luck align, sightings are possible—and often incredible.” 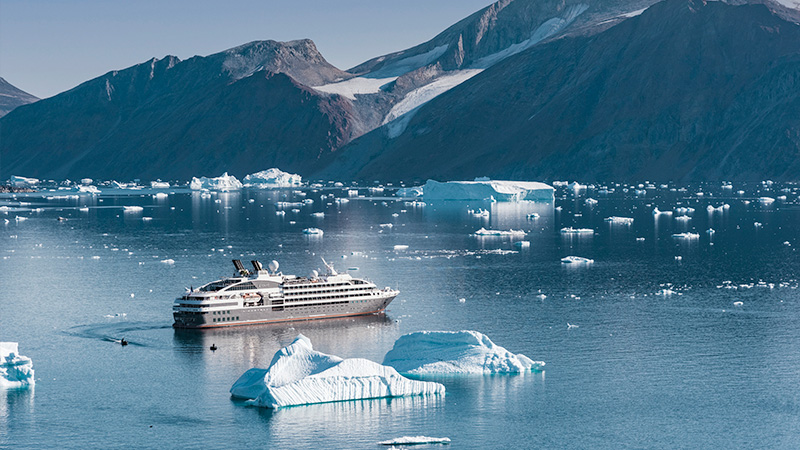 The Best Way to Do It: An A&K Expedition Cruise

Days are led by a A&K’s own team of passionate real-life explorers, an award-winning Expedition Team made up of Polar Medal winners, acclaimed research scientists and other experts. Northwest Passage cruises are also joined by a renowned Arctic History Lecturer and Innuit Culture Expert, who share rich insights on everything from Arctic exploration to a traditional Inuit way of life.

The 25-day adventure begins in Kangerlussuaq in Greenland before heading west to destinations like Sisimiut, Illulisat, the Uumannaq Fjords, Melville Bay and Coburg Island, Fort Ross, and Pond Inlet. Delving deeper into the Northwest Passage, high points of the expedition include landings on historic Beechey Island, famed for its connections to Franklin’s lost Arctic expedition; Gjoa Haven, where Amundsen took shelter for nearly two years alongside the Netsilik Inuit; and Ulukhaktok for a warm welcome at a rarely visited Inuit community. Fully transiting the passage means crossing the Beaufort Sea and plying the Alaskan coast before disembarking in Nome. 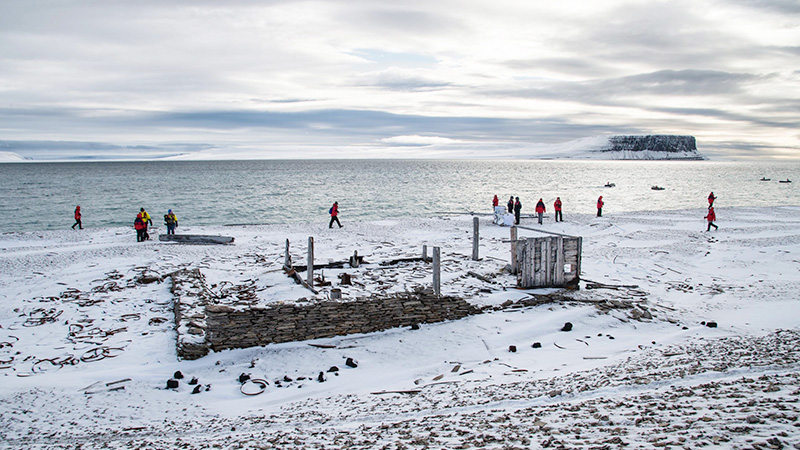 The entire experience unfolds from a totally luxurious and all-inclusive voyage and aboard an exclusively chartered expedition small ship. Entirely designed by A&K, the experience includes all-balcony staterooms and suites, a complete culinary program, complimentary polar gear, and an immersive enrichment that spans exciting shore Zodiac excursions, onboard lectures and numerous opportunities for one-on-one talks with members of the Expedition Team.

Check out the complete Northwest Passage cruise itinerary, follow our day-by-day trip logs from the latest voyage penned by a renowned Arctic historian and Franklin expedition expert, and find more reasons to go to the Northwest Passage. 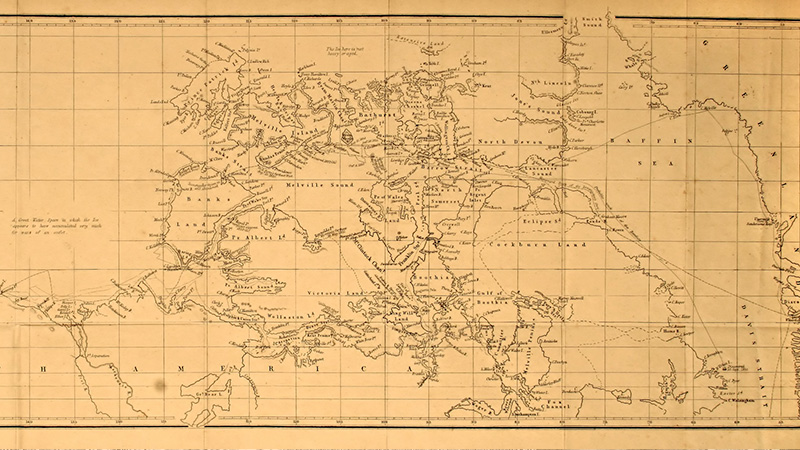 Find Your Next Cruise