The Northeast Passage: Across the Russian Arctic with Geoffrey Kent 2021

Save $4,000 per person on all stateroom categories and suites.

A trained scientist and passionate explorer, Steffen spends much of his time travelling. Having explored extensively in Russia, he brings a variety of experience and skills to his role as Expedition Leader.

Novaya Zemlya | Deeper Into the Ice

Chukotka | Edge of the World

Arrive in Oslo, Norway’s capital city and your gateway to the Russian Arctic. On arrival, you are met and escorted to your hotel. This evening, meet fellow guests for a welcome reception and dinner in anticipation of the adventure to come.

This morning, board your charter flight to Tromso, a colorful cultural hub above the Arctic Circle. Prepare for the journey ahead with a visit to the Polar Museum that highlights the heroics of great explorers Fridtjof Nansen and Roald Amundsen. Enjoy a visit to the striking Arctic Cathedral. Time permitting, you may also have the opportunity to visit playful seals Bella and Mai San at Polaria, the northernmost aquarium in the world. After lunch, board your all-balcony expedition cruiser.

Your adventure gets underway with an expeditionary visit to what many consider to be the northernmost point in Europe: Knivskjellodden, Norway. This rocky peninsula cannot be reached by car or bike, making it an ideal destination for ‘Le Boreal’s’ Zodiacs and your first landing. Your visit to this far-flung promontory includes a hike, taking in rugged boulders and sheer cliffs as well as a spectacular view of the sea across wild, grass-covered open spaces.

Towering icebreakers and cargo ships line the docks of Murmansk, the world’s biggest city north of the Arctic Circle. Warm Gulf Stream waters keep this famous port ice-free. The home of Russia’s first navy, Murmansk is rich in World War II and Cold War history, so you may choose to visit the Museum of the Northern Fleet or opt to see the world’s first nuclear-powered icebreaker, ‘Lenin,’ decommissioned in 1989 and open to visitors. Learn about the raw power of an icebreaker and soak up maritime lore as you begin your own adventure into the vast, raw landscapes of the Russian Arctic.

The Barents Sea, relatively undisturbed by human activities, contains one of Europe’s largest, cleanest and most reasonably undisturbed ecosystems. Home to polar cod, capelin from the smelt family, and seabirds known as little auk, the nutrient-rich waters continue to support abundant wildlife. Join your naturalists on deck as you keep an eye out for white dolphins, beluga whales, orcas and the fabled narwhal, among other species.

This archipelago consists of 192 islands, many of which offer arresting landscapes. You may take a Zodiac cruise past Hooker Island’s Rubini Rock, home to thousands of nesting seabirds like kittiwakes, glaucous gulls and Brünnich’s guillemots. You might set foot on eerie Champ Island, where striking stone spheres ranging from several inches to several yards in circumference are strewn across the terrain. You may reach Hall Island, where Pacific walruses lounge by the sea, resting from their long migrations, or you may explore Cape Tegetthoff, with its breathtaking scenery and remains of a small camp built by Austro-Hungarian explorers in 1898 hoping to reach the North Pole.

Novaya Zemlya | Deeper Into the Ice

Among the first Europeans to visit this region, Dutch explorer Willem Barents overwintered on the icy northeastern coast of Novaya Zemlya in 1596. The Russians knew of this remote archipelago as early as the 11th century, when hunters from Novograd visited the area. With its majestic glaciers and mountainous terrain, Novaya Zemlya served as a dramatic backdrop for World War II convoy ships escaping capture and clandestine Cold War activities. You might make a landing on Severny Island, site of Europe’s largest glacier as measured by area and volume.

One of the largest wildernesses on earth, the Great Arctic Reserve covers nearly 16,000 square miles. Polar bears, Arctic foxes, reindeer, snowy owls and beluga whales are among the many species carefully protected within Russia’s greatest zapovednik, or conservation area. Some of the landing sites in this area might include:

Uyedineniya Island: Compared to other Arctic islands, Uyedineniya is flat and low-lying. In summer, you might see evidence of Arctic vegetation, even wetlands and small lakes.

Komsomolets Island: Nearly covered by the Academy of Sciences Glacier, Komsomolets is a vast expanse of white tundra desert scattered with lichens and mosses.

The remote archipelago known as the New Siberian Islands was first located by Cossacks as recently as the early 18th century. For nearly 100 years, the region seemed mythic until a cartographic expedition led by Yakov Sannikov and Matvei Gedenschtrom arrived in 1809. The islands are composed of alternating permafrost and soil, and the rising temperatures of the last few decades have led to the melting of ice and contraction of firm ground, resulting in dramatic landscapes. You might also visit Ayon Island, home to the Chukchi people, who use the tundra as pasture for their reindeer herds.

Join your expedition staff on deck and in Zodiacs as you cruise the wildlife-rich waters and coastal areas surrounding this biodiverse region. Designated a UNESCO World Heritage Site, Wrangel Island is home to the world’s largest population of Pacific walruses, the highest density of ancestral polar bear dens and the nesting grounds of over 100 species of migratory birds, to name a few of its superlatives. Over 400 species of plants have been identified here, double that of any other Arctic tundra region.

Chukotka | Edge of the World

Explore the vast coastal wildernesses of Eastern Siberia with your seasoned Expedition Team as they introduce you to the human and animal populations of this singularly remote place. Brown bears, Russian foxes and over 200 bird species, including the endangered spoon-billed sandpiper, are among the animals you may encounter as you hike the rocky terrain along Kolyuchin Bay. Russia’s most sparsely populated region, Chukotka, is home to tiny villages like Uelen and Larino, where you may be offered a skin boat and dogsled demonstration or be invited to sample caribou meat, local roots or seaweed dishes. At the Captain’s Farewell Dinner, bid farewell to your new friends, to your inspiring expedition team and to the unforgettable vastness of this region.

Ease your way back into civilization with a visit to Provideniya the administrative center of Chukotka with a population of just under 2,500. A former Soviet military port, Provideniya suffered from the sudden departure of the military from the area. Local tourism has boosted the economy, and you are welcomed warmly with a ceremony and a village concert. A significant portion of the population is Yupik, indigenous to both Siberia and southwestern and central Alaska.

Disembark in Nome, Alaska, among the wildest reaches of mainland America and the final destination for the Iditarod dogsled competition. Gold can still be mined here, and you may try gold panning firsthand. You may also experience a dogsled demonstration or a stop in to the Bering Sea Land Bridge National Preserve visitor’s center. After lunch at Old St. Joe’s Hall, enjoy time at leisure in downtown Nome. Transfer to the airport for your chartered internal flight to Anchorage, and then either continue home or join the Alaska post-tour extension.

Note: Itinerary is for guidance purposes only and may be adjusted due to unforeseen circumstances including weather, medical emergencies and other conditions beyond A&K’s control at the sole discretion of the Captain.

Discover historic and vibrant Oslo with a visit to its colorful cafés, world-class museums and Roald Amundsen’s home. 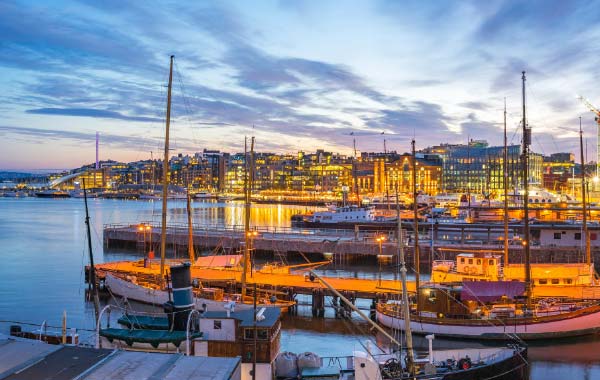 Enjoy an exclusive museum tour that includes the Nobel Peace Center, the city’s strikingly modern Oslo Opera House and the charming Oslo City Hall, whose bell tower houses 49 bells. After lunch, visit the famous Vigeland Sculpture Park. Dinner is on your own, so you can explore Oslo’s vibrant restaurant scene.

Discover Oslo’s renowned art scene and world-class museums with a choice of activities, such as visiting the modern and historical sculptures in Ekeberg Park, viewing the National Gallery, or experiencing the moody Munch Museum. Or learn about Norwegian history by visiting Eidsvoll, where the Norwegian constitution and independence process were centered. At the Eidsvoll Museum, see how Norwegians lived in centuries past and explore the Norwegian resistance movement during World War II. This afternoon, transfer to the Radisson Blu Gardermoen to begin your main program. 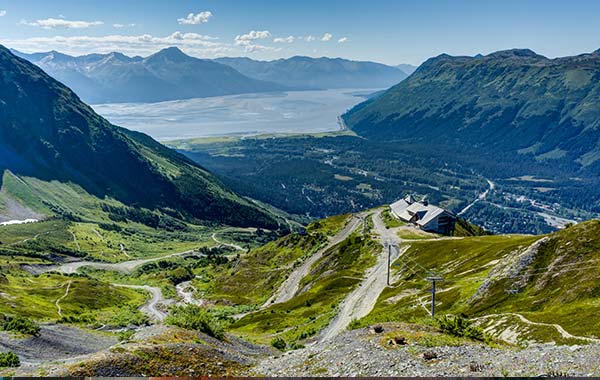 Single Supplement from $525 per person

Arrive in Anchorage. Drive the scenic Seward Highway, stopping for views and birdwatching at Potter Marsh. Enjoy dinner at your hotel.

Experience a breathtaking cable car ride to the top of Mount Alyeska before heading to Whittier for a glacier boat tour on Prince William Sound.

Hotel Captain Cook
In Anchorage, with views of Cook Inlet or the Chugach Mountains.