Get to Know the Animals of Africa’s Big Five

Get to Know the Animals of Africa’s Big Five

Here’s why these top five animals are at the top of every African safari must-see list.

If a luxury safari in Africa has been on your radar, you’ve likely heard about Africa’s Big Five, but where did the term come from and why are these animals special? Contrary to first assumptions, the Big Five are not simply the country’s topmost predators. The term actually came from trophy hunters in Africa during its colonial period, who agreed that the five most challenging (and so most essential) animals to track and shoot were the lion, leopard, elephant, rhinoceros and Cape buffalo. These are the Big Five and you have the chance to seem on every A&K safari, though your chances are especially good on safaris to Kenya, Tanzania, Botswana and South Africa. While the only "shooting" on A&K safaris is done with a camera, spotting the Big Five remains an exciting milestone for wildlife lovers and travellers on luxury African safaris today. 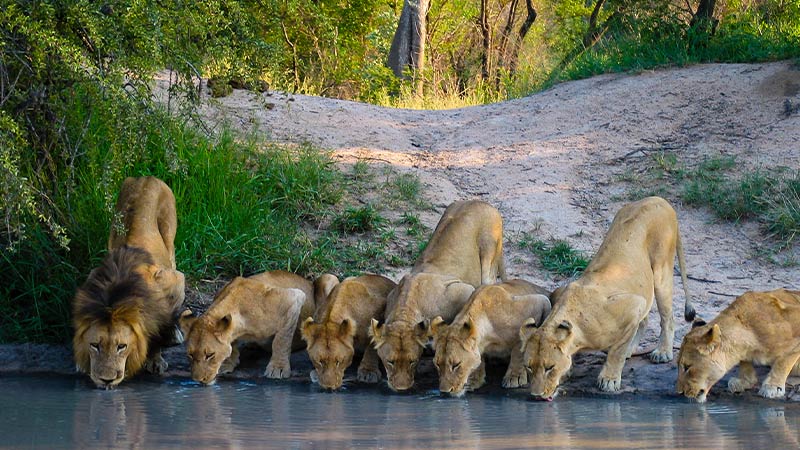 The so-called "king of the jungle" actually lives in Africa's grassy plains. Swifter and lighter than their male counterparts, lionesses handle most of the hunting chores, while males guard and defend the pride. Hearing a lion’s roar from miles away, discovering its prints, and even seeing evidence of its fresh kills make the experience of tracking and then seeing this spectacular predator an unforgettable thrill. 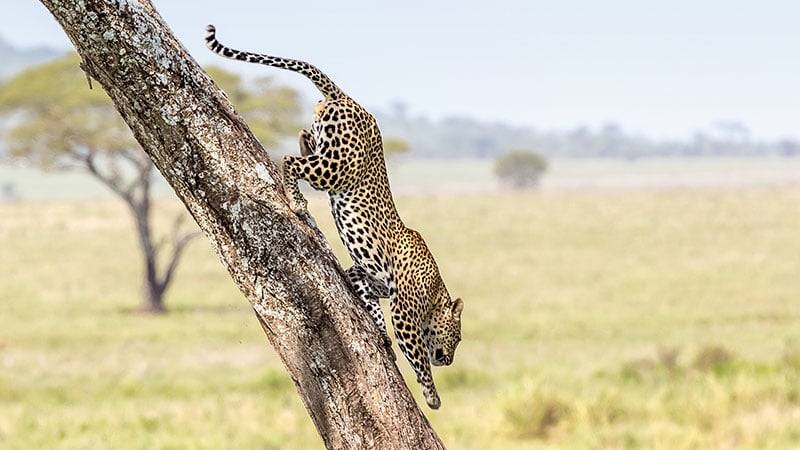 With its speed, stealth and expert climbing ability, the leopard might be the most formidable predator in Africa. Unlike lions, these spotted cats are solitary creatures and only spend time with others when they are mating or rearing young cubs. They frequently hunt at night and remain hidden in trees during the day, making them the most elusive of the Big Five. 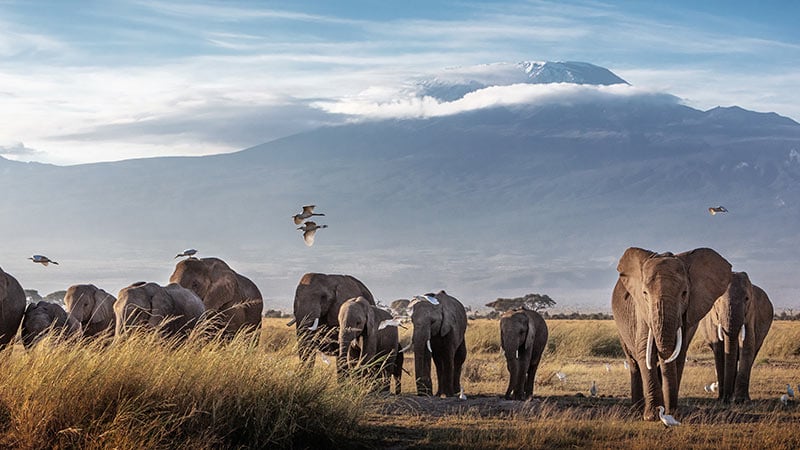 The largest land animal, the elephant has long been a target for poachers, who hunt these majestic giants for their ivory tusks and have propelled the decline of this vulnerable species. The elephant is a highly intelligent creature, and its grazing behavior plays a significant role in maintaining the health of its surrounding ecosystem. 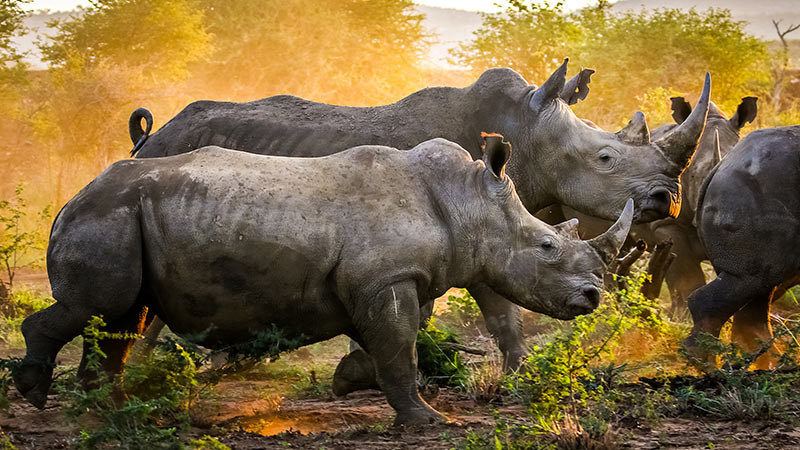 Like the elephant, the rhinoceros — which means “nose horn” — is also hunted illegally, as its horn is a prized ingredient in traditional Chinese medicine. There are five species of rhino on the planet, two of which are found in Africa: the more common white rhino and the endangered black rhino, which is actually gray or brown. The white rhino is the largest of the species and can grow to nearly six feet and weigh as much as 2.75 tons. Couple this size with charging speed of up to 30 mph and it’s clear why the rhino holds Big Five status. 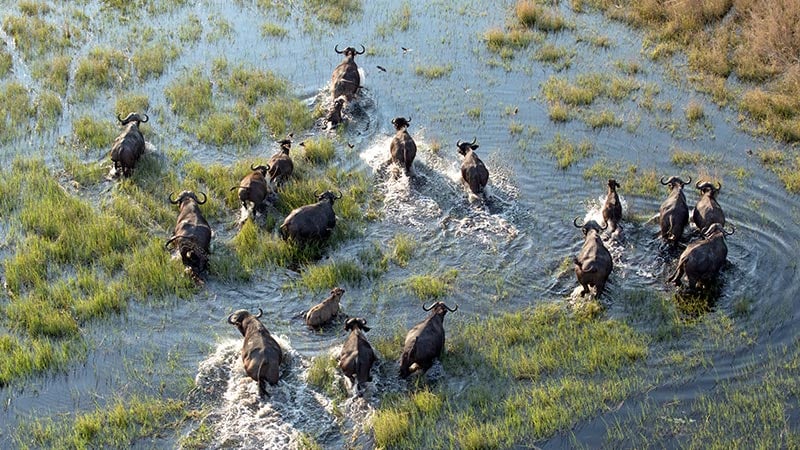 Of Africa’s Big Five animals, the seemingly subdued Cape buffalo might have you thinking twice about why it’s on the list. Though lacking the lion's fearsome reputation, the Cape buffalo is actually the most dangerous of the Big Five to humans. Nicknamed “Black Death,” these impressive creatures are known for their unpredictable attacks, especially the castoff males who makeup smaller “bachelor herds.” Cape buffalo are large grazers that occupy a wide range of habitats, from low-lying grasslands to mountain slopes, with older males often on the periphery of the herd.