Why You Should Visit Antarctica

Why You Should Visit Antarctica

According to marine biologist and climate change expert Dr. James McClintock, witnessing Antarctica’s changing ecosystems and wildlife habitats is more important now than ever before. We spoke remotely with Dr. McClintock while he was at U.S. Palmer Station in Antarctica.

As I look over the landscape of Antarctica from my current jobsite at Palmer Station, it has me thinking that there is no good reason that anyone who hasn’t been should put off a visit. It is the quintessential trip of a lifetime and I can say with great experience and confidence that it will change you — and in a better, enriching way.

As a marine biologist, I understand that Antarctica is always about the wildlife, which is remarkable and unreal in so many respects. Just last month, I was along the Antarctic Peninsula on a research expedition and we counted 65 humpback whales in just a few hours’ time. We saw many feedings and several breechings, which is when they leap from the water. I had never seen such a large concentration of whales in my entire time here. 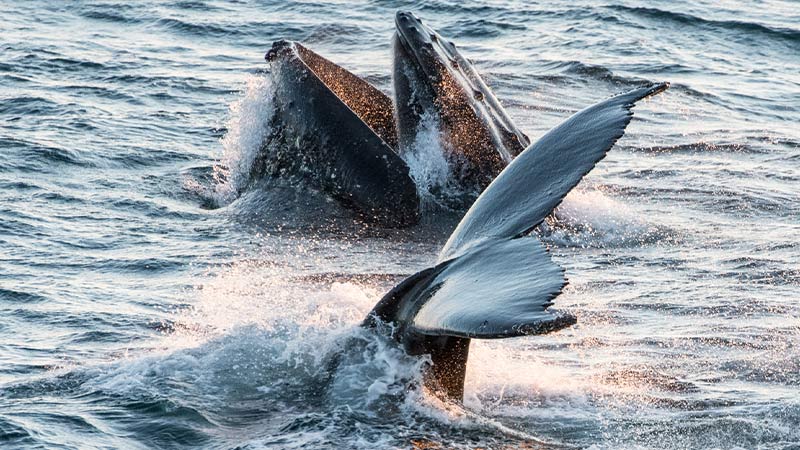 These high populations of animals take some getting used to. One of my favorite experiences is going ashore and being welcomed by tens of thousands of Adélie or gentoo or chinstrap penguins and discovering the penguins have not read the regulations for keeping their distance. I call it the Disney element; because the wildlife has no history of predation by large animals, they have no fear of us. It’s surreal. Whether for me as a scientist or an A&K guest making their first landing — it’s like being a kid in a candy store.

“It is impossible to come to Antarctica and not see and feel the climate changes happening now.”

I find that guests are awed by the sheer beauty of Antarctica and its amazing landscapes and wildlife, but equally awed in a different way by the vivid story the continent is telling us about climate change. It is impossible to come here and not see and feel the changes happening now.

On my same research trip last month, I was astounded by the rate that the Marr glacier was disintegrating in front of my eyes. No longer are house-size chunks calving once a week as they did fifteen years ago, nor once a day as was the case five years ago. Now, there are many huge cracks and falling ice each and every day — as if the glacier is disintegrating in real time, instead of glacial time. It stirred me to action and soon I was dispatching live from Palmer Station on NPR about these effects of global warming on display in Antarctica. 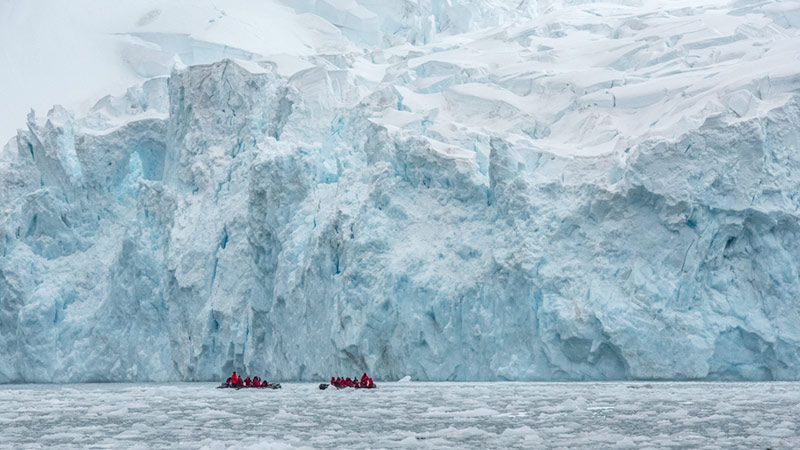 I happen to be at Palmer Station at this very moment and one of the most rewarding experiences for me is to bring guests here on A&K’s Antarctica journeys, so I am able to personally introduce them to my family and home away from home. Guests always tell me this is one of the highlights of the cruise for them.

Rather than saying climate change is real, I believe the most meaningful way to learn about its impacts is to witness them firsthand. And despite the telling evidence in our own backyards at home, no place is more aligned with seeing global climate change firsthand than Antarctica. It’s wonderful to see guests return home as ambassadors of Antarctica with a deep commitment to sharing the climate change story written boldly in its spectacular shows of ice and wildlife. 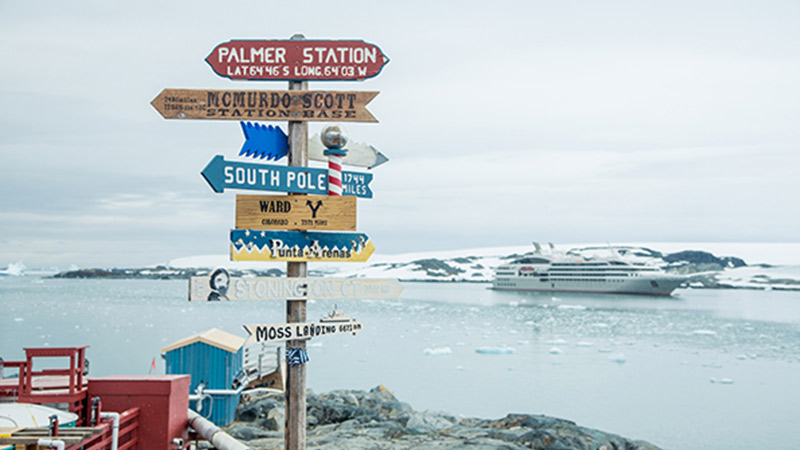