From dreamy icebergs to snow-covered mountain ranges to rare and incredible wildlife sightings, A&K guest Scott M. says a luxury Antarctica cruise is a true journey for the senses.

I’m a visual person, so before I went to Antarctica, I was always drawn to the colors and all the crazy blues I had seen in photos, how sculptural the icebergs and mountains were, and how these landscapes didn’t look like anything else. Now that I’ve just returned from Antarctica, South Georgia & the Falkland Islands, these incredible landscapes — that exceeded every expectation — are also what stay with me the most. 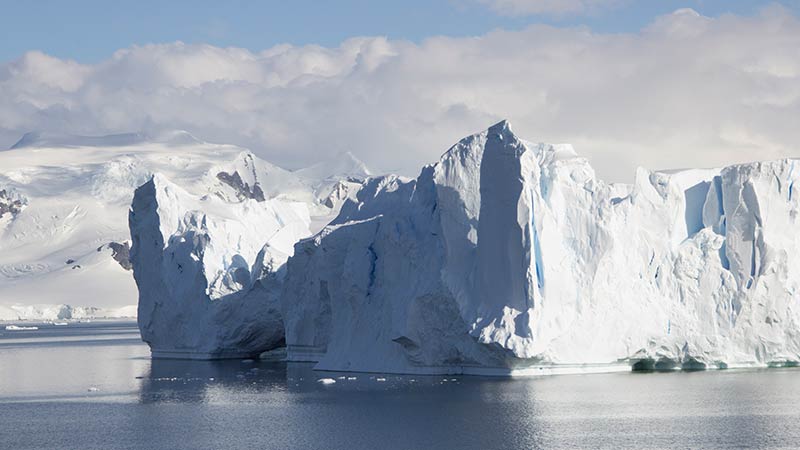 Part of that is just the sheer size of it all. On our luxury expedition cruise, we experienced landscapes like a crescendo that went from small to big. The Falklands are definitely hilly, but the slopes are gentle with rocky outcroppings. South Georgia Island is a full-on mountain range with these 7,000 to 8,000 feet peaks — they’re not small! — that seemed to pop up from the ocean as if out of nowhere. Contrast that with Antarctica, which is made up almost entirely of glaciers (95 percent) and even more extreme and impressive with its ice.

“Coming even further into the foreground at Gold Harbour were some 200,000 penguins and 10,000 seals, the water washing up onto the beach in the midst of their traffic. It was nuts.”

For me, though, nothing topped the small bay of Gold Harbour, which is situated at the east end of South Georgia. The island itself is full of these amazing glaciers. You see them coming out to the ocean, up on hills, retreating back up the mountain and even transforming the landscape with newly formed hills.

But when we landed at Gold Harbour, it was the first time I’d seen a hanging glacier. Try to imagine a cliff with a glacier sitting on top of it. This massive glacier is ever so slowly pushing itself forward and the front edge of it is falling into the ocean. It has this tongue that’s coming down one side and curling toward the ocean. And there are little grassy hillsides that have been formed by the glacier. Coming even further into the foreground were some 200,000 penguins and 10,000 seals, the water washing up onto the beach in the midst of their traffic. It was nuts. There was every color; we even added a pop of red with our A&K expedition jackets. 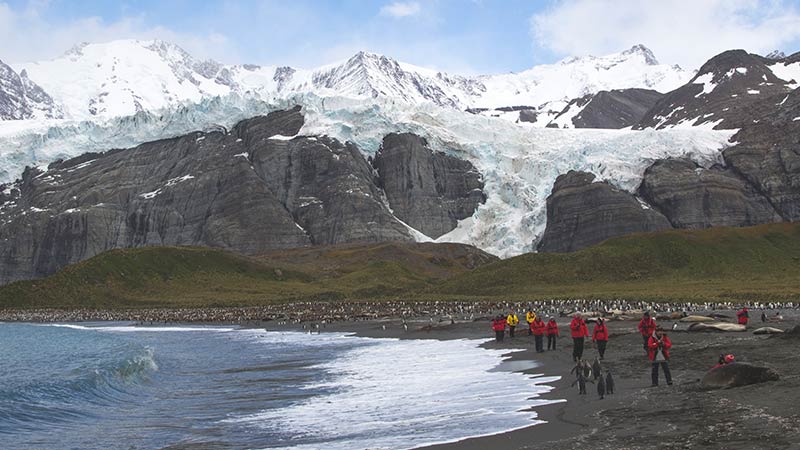 It’s pretty outrageous to contrast the grandeur of that landscape with the almost-comical activity on the beach, where king penguins are tripping over themselves and trying to get back up, and elephant seals are snorting through their nostrils as you walk by.

This mix of textures, depths, and wildlife was the best, and so remarkable and aesthetically pleasing to me because of the way that everything was naturally framed. No brochure or photo can compare to being surrounded by 360 degrees of it, to the complete sensory overload that happens in Antarctica. 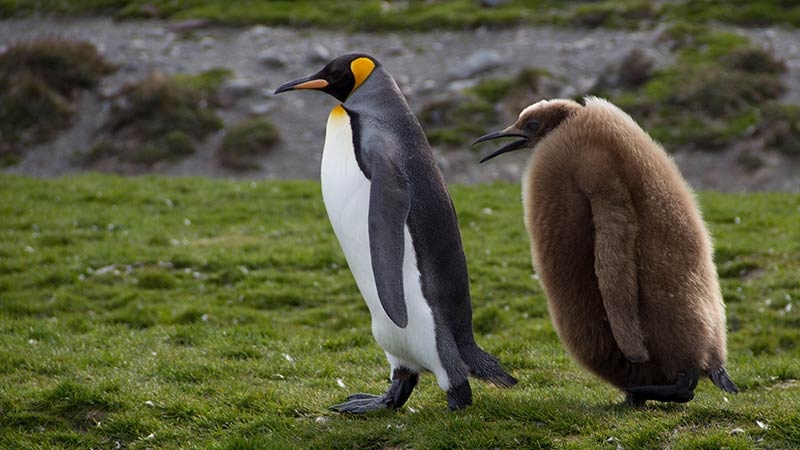