A&K Resident Photography Coach Richard Harker shares the challenges and delights of taking photographs in the world’s most stunning wilderness.

Grandiose glaciers carved through snow-capped mountain ranges, rookeries of penguins jumping along ice floes and massive humpback whale tales smashing against the icy blue water — there is nothing like photographing Antarctica, according to professional photographer and A&K Photo Coach, Richard Harker. With over two decades of experience photographing the incredible wildlife and landscapes of Antarctica, his camera has captured some truly jaw-dropping images.

“Before the whales surfaced, we had no idea where they would appear. We knew they were there somewhere, but you can’t really predict where they’ll show up—it might be 50 to hundreds of feet away. But in this case, the whales came up within arm’s reach, right next to our Zodiac.

Keep in mind that the fluke of a full-grown humpback is actually wider than the Zodiac is long, so that fluke is basically the size of the boat we’re on. It was so unexpected and shocking, if only for the size: It’s one thing to approach a large animal and quite another to have it just move up to you and appear. There was this collective gasp from our group.

“Antarctica has incredible variety; you never know what you’re going to see when you are immersed in wildlife every single day.”

We were close enough to hear their exhalation, which sounds like a roar, and to feel the low, rumbling pressure of it. There’s also the incredible spray, which is an oily mix of seawater and a substance from the lungs, forcefully pushed out through the blowhole. It was this visceral, multisensory kind of moment. I don’t think anyone that’s been that close to a whale ever forgets it.”

“We never know what we’re going to find when we land at Cuverville, but every year at the end of the breeding season, we can pretty much count on seeing gentoo penguins. Gentoos are probably the most mellow of the various penguin species; the others get in worse moods (yes, penguins have moods). But once they’ve finished raising their chicks who have fledged, it’s like empty nesters on spring break.

They’re all very playful, and so they jump on the bergy bits and ice floes along the shore. Pretty soon, the ice is full and they’re shoulder to shoulder, until someone pushes the other off. And this goes on for hours and hours. It’s like watching kids play.

The debate is do animals play. And this is as close as you’ll get to seeing penguins playing. We watched these penguins squawking and jostling at each other, but for no other reason than that they’re fooling around.” 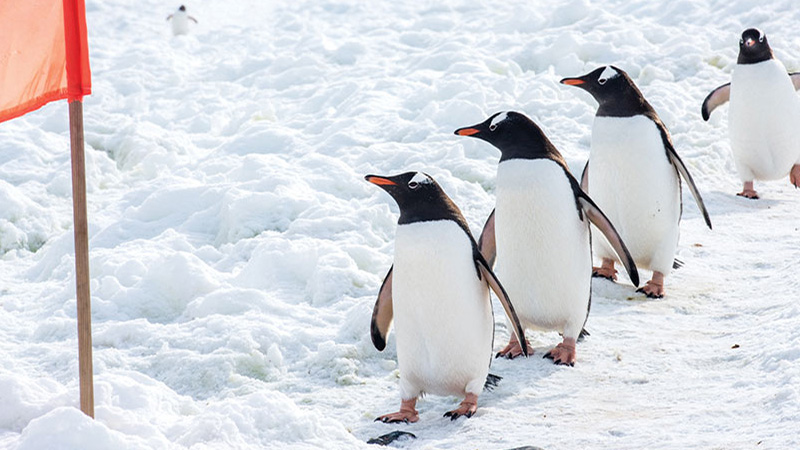 “You have to picture this beautiful scene with this intensely blue water, and the leopard seal was the icing on the cake. It was just the most perfect composition. We came upon it in a Zodiac and the picture took itself. The thing about icebergs is that they are always rolling, fracturing, changing. We came out for two landings that day. But when we came back an hour later with the second group, the iceberg had collapsed, the pool and seal were gone, and none of it existed anymore.

You begin to realize how temporary these things are and how quickly things changed. And that’s true of most things in Antarctica.” 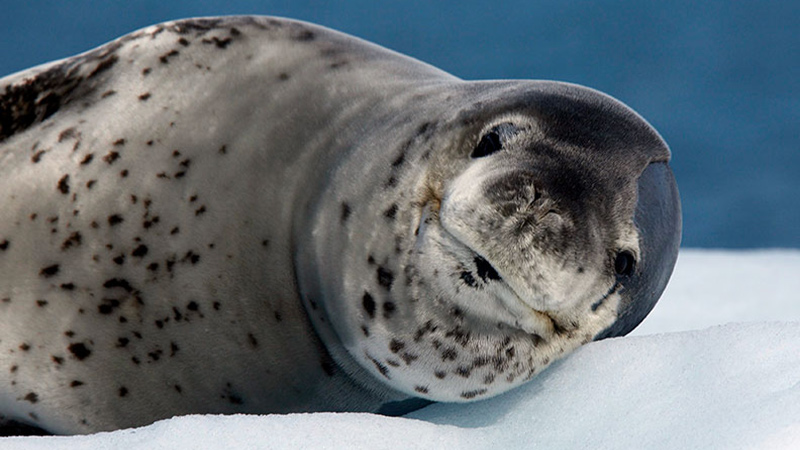