A&K’s Director of Private Jet and Special Interest Travel Rami Girgis is also an Egyptologist, recognized as a Top Travel Specialist for Egypt by Condé Nast Traveler every year since 2013. We asked Rami a question he gets all the time: What are the best things to do in Egypt? Here are Rami’s Egypt sightseeing favorites, in his own words, complete with insight on how to see each with A&K. 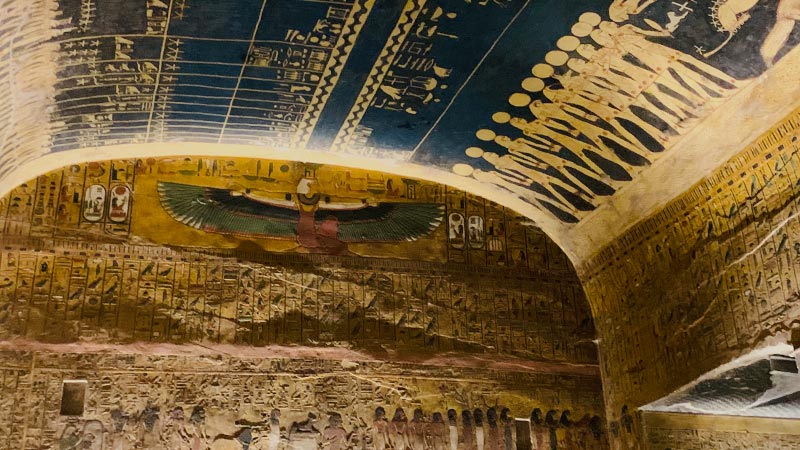 Inside the Tomb of Seti I

Tomb of Seti I

When I was a student studying Egyptology and even after having read so much about it, descending into the Tomb of Seti I was an overwhelming, mind-boggling experience. It still is one of my favorite things to do in Egypt and you can experience it with A&K in the Valley of the Kings. Seti’s time was very prosperous and this is all reflected in his tomb. He wasted no time after his coronation and put a great deal of work into making it not only the longest and deepest but the most decorated tomb in the valley. He wanted to make a statement that he deployed the most skilled artisans and used the finest paint in his tomb. For these reasons as well as Egypt's dry climate, this burial chamber is now among the best preserved in the country. The colors are stunning— you wouldn’t believe it was painted 3,000 years ago.

Pyramid of Djoser in Sakkara

There are over 130 pyramids in Egypt, but the Pyramid of Djoser, or Step Pyramid, in the ancient Sakkara necropolis was the first ever to be built. It was designed by an architect called Imhotep, a genius of the ancient times who was promoted to vizier following the pyramid’s construction and became the second most powerful man after the pharaoh. The pyramid was intended to be one mastaba (step) constructed over the tomb. After seeing the construction of the first step, Imhotep decided to enlarge it, then added five more steps ending with a conical shape pointing to the sun. The Step Pyramid of Djoser takes credit for the outstanding architectural achievements that followed in Egypt. Sakkara is also home to hundreds of tombs that belong to the noble class in Egypt. Though small in size, the tombs show a great deal of special artwork not found inside the pyramids or the elaborate tombs of the kings and queens. They reveal everyday life in ancient Egypt with scenes of housewives at home with the children, farmers in the field, and others fishing or tending to their flock. 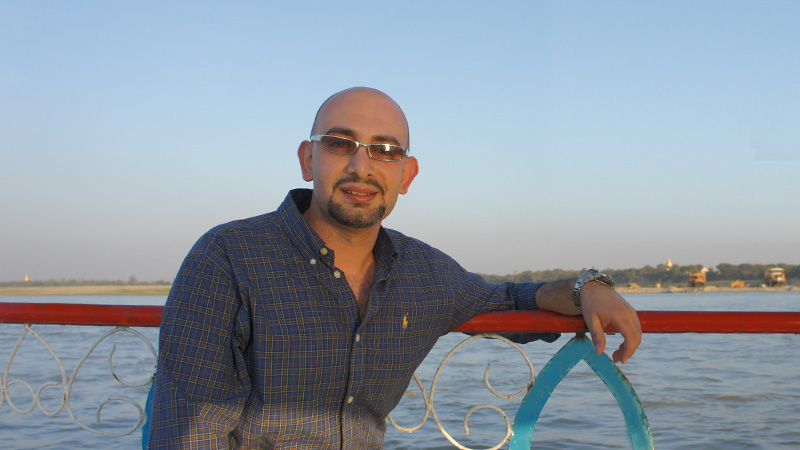 Fans of the new Netflix documentary, “Secrets of the Sakkara Tomb,” who travel with A&K can now arrange for special access to the Tomb of Wahtye as part of their Egypt sightseeing experiences. This is the same tomb featured in the movie and A&K is the first to offer this experience. We also take guests to Sakkara’s unique Serapeum, also known as the Tomb of Apis the Bull. The purpose of the tomb has puzzled Egyptologists since its discovery in 1850, but one thing we know for sure, it was home to many mummified bulls (and bulls were deified in ancient Egypt). Our guests can descend into this massive underground structure containing granite sarcophagi that weigh over 100 tons each. 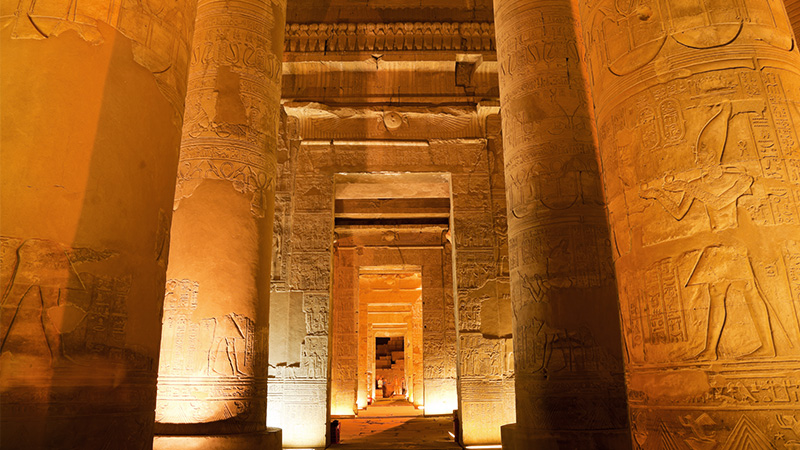 Temple of Kom Ombo, “the hill of gold”

We visit a really unique temple during the Nile River cruise on our journeys called the Temple of Kom Ombo, which is off beaten path from typical Egypt sightseeing experiences. Its back wall is fascinating to me because it tells the story of medicine and healing in ancient Egypt. The temple was used as a field hospital in ancient times and this wall with its detailed hieroglyphics is the only one that we know of that depicts, for example, the instruments used by ancient Egyptian surgeons. So, you see knives, drills, saws, hooks, tweezers, and it's pretty cool to see this in a site that goes back to 225 BC. We read stories of how the ancient Egyptians healed and relieved pain, but the Temple of Kom Ombo shows you through the really unique engravings on its walls just how medically advanced the ancient Egyptians were. 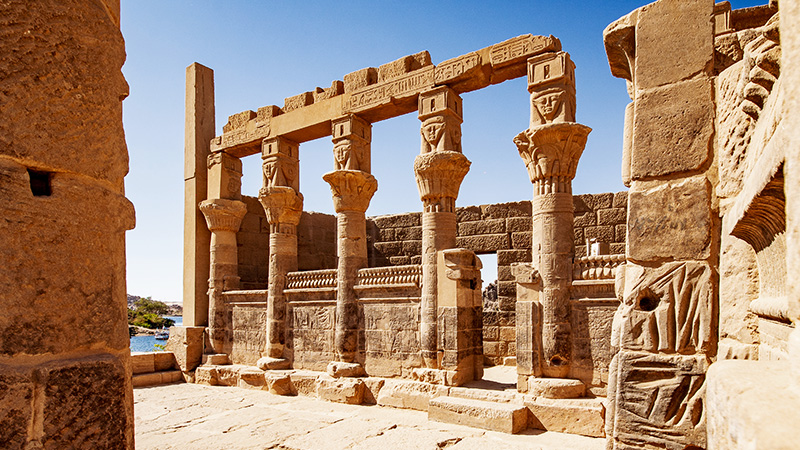 Temple of Isis at Philae

We also visit the Temple of Isis at Philae on our Nile River cruise. It’s arguably the last pagan site to be built in Egypt and home to the most romantic story in Egyptian mythology. The temple is dedicated to the goddess Isis, the goddess of love. Isis lost her husband, Osiris, during a battle with his brother, Seth, who killed him and then scattered his remains throughout Egypt. Isis was devasted. She deployed her sister and they both took the form of birds flying all over the country to gather her husband’s fragments. She found Osiris’ heart in Philae, and with her magic spell, brought him back to life. Isis and Osiris made love and conceived their son Horus, the falcon god, who later avenged his father. This temple is one of the most beautiful in the country. It was originally set on an island that flooded with the construction of the High Dam in 1960. Rescue efforts came later through UNESCO, who disassembled the entire temple and reconstructed it on the neighboring Island of Agilika. The site has not lost its beauty. 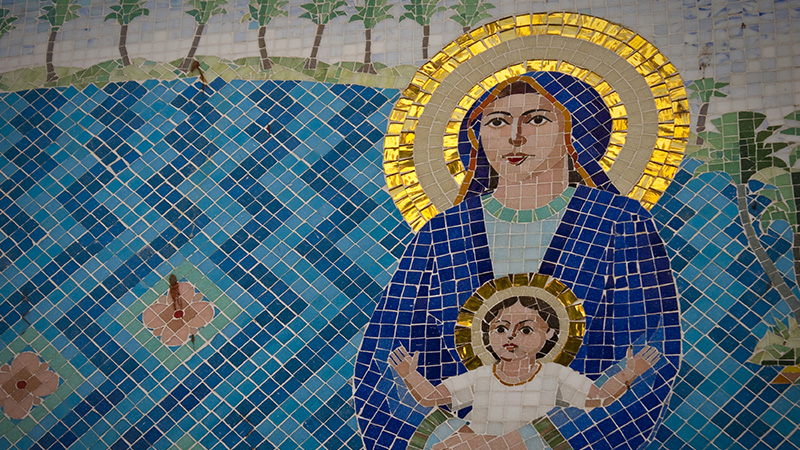 Mosaic in the courtyard of the Hanging Church, Coptic Cairo

There are many Cairo tourist attractions, but Coptic Cairo is one of the best things to do in Egypt in terms of the deep religious and historical perspective it provides. Coptic Christianity is as old as Christianity itself. This is not something travellers usually think about when planning a trip to Egypt. St. Mark the Apostle brought Christianity to Egypt during the reign of the Roman emperor Nero in the first century. Christianity thrived in Egypt and the concept of monasticism was born in Egypt’s Western Desert with the first monk to seek seclusion being St. Anthony the Great. There are many historical Coptic churches in Egypt but one of the most iconic Cairo tourist attractions is the Hanging Church, towering over a Roman fortress gate in the heart of Coptic Cairo. This hidden gem is often overlooked by visitors. The church dates back to the seventh century and was the seat of the Coptic Patriarch until the 13th century. It houses beautiful iconography, including the “Coptic Mona Lisa,” an icon of the Virgin Mary, Jesus and John the Baptist. Within walking distance is the Coptic Museum, a treasure trove of ancient manuscripts and objects that date back to the fourth century. Furthermore, Coptic Cairo is home to the Ben Ezra synagogue — another monumental Cairo tourist attraction and the place where the Geniza documents were discovered. It offers an eye-opening window into the life of Jews in Egypt. The reclining Great Sphinx on the Giza Plateau

Paws of the Great Sphinx of Giza

Most travellers to Egypt will experience sightseeing of the Great Sphinx from a distance, but imagine a closer, private visit and very special access to what we call “the Paws of the Sphinx.” We invite Dr. Zahi Hawass to lead the way. He’s a renowned Egyptologist and former Minister of Antiquities who has made several discoveries in the pyramids area; you may also recognize his name from one of many documentaries on TV. So, imagine joining Dr. Hawass for a private walk during which he tells the story of the Great Sphinx. He describes what you are seeing and not seeing, and also shares some of his own discoveries, all while you are literally standing in the shadow of the Sphinx. For example, you’ll hear the myths of kings written in hieroglyphics on the granite dream stelae set right between the paws of the Sphinx, the tombs of the workers that were discovered nearby, and many other stories for a truly multi-dimensional experience in a really special place.

How to See It With A&K: Tour the Paws of the Great Sphinx on custom A&K Tailor Made journeys to Egypt.