Save $3,000 per person on all stateroom categories and suites.

Embark on the Luxury Expedition Cruise of a lifetime to extraordinary Antarctica, where towering icebergs and massive glaciers showcase flawless beauty. Discover the effects of rising global temperatures firsthand with enthralling lectures by climate scientist Dr. James McClintock, enjoy daily Zodiac excursions to the White Continent and witness rare and thrilling wildlife up close — from lively flocks of penguins to several species of whales. 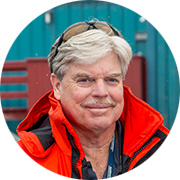 James is a noted climate change expert who has led 14 A&K expeditions to the White Continent. On this voyage, he outlines the effects of climate change on Antarctica and offers a hopeful plan for future action. 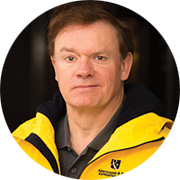 Jason has voyaged to both polar regions for more than three decades. He helps guests on this voyage appreciate the region’s unique geologic heritage through fascinating talks and on-the-spot insights. 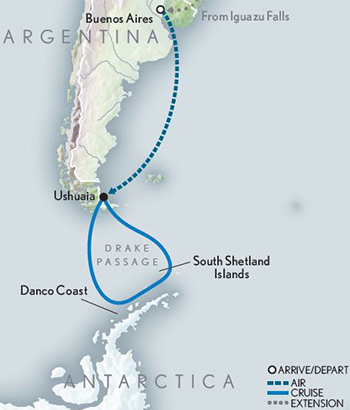 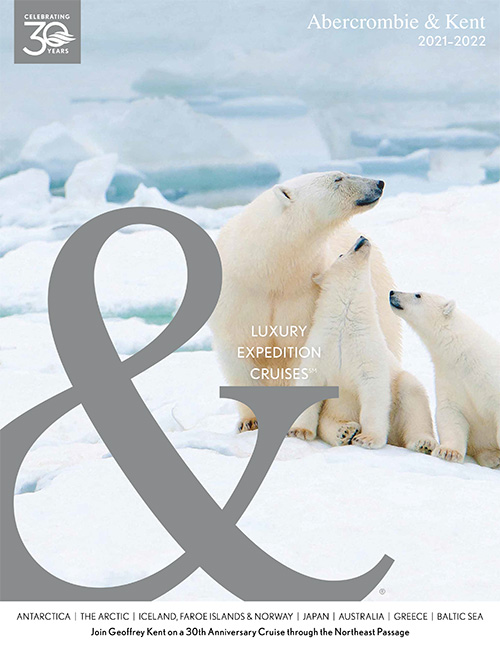 Arrive in Argentina’s capital and transfer to your hotel, where you spend the rest of the day at leisure.

Latin passion and European romance define the beautiful city of Buenos Aires, a dynamic mecca known for its wideranging architectural styles, contemporary and historic arts, and culinary pleasures and parrillas (steakhouses). This morning, choose from a selection of included excursions and experience the city’s best treasures, such as a panoramic city tour complete with a tango demonstration alongside local A&K guides. Later this afternoon, meet with your fellow adventurers for a welcome cocktail reception.

Fly to the charming port town of Ushuaia, the southernmost city in the world. On arrival, enjoy a gourmet lunch at the Arakur Resort, enjoying panoramic city and mountain vistas while you dine. Time and weather permitting, take a guided walk in the Cerro Alarken Nature Reserve or simply relax with a cappuccino and enjoy scenic views of Ushuaia. This afternoon, transfer to your ship and settle in for your first night on board. Wander the decks to become acquainted with the ship, relax in the lounge and mingle with fellow guests in anticipation of your voyage. From your private balcony or the outside decks, take in views as you cruise the beautiful Beagle Channel before heading out to sea.

The journey south toward Antarctica is an exciting one, furthered by singular, voyage-long access to our knowledgeable Expedition Team and enrichment experts both on board and on shore. Set out into the Drake Passage, a 600-mile-wide swath of water where the Southern Ocean currents are squeezed between South America’s southern tip and Antarctica’s northernmost reaches. An important trade route in the 19th and early 20th centuries, its stormy waters and icy conditions once made the journey a difficult one, though the stabilizer-equipped ‘Le Lyrial’ handles it with ease.

As the Antarctic Peninsula and its offshore islands appear on the horizon, a sense of excitement begins to build. Dependent on weather, sea, ice and wildlife conditions, Antarctic expeditions demand spontaneity and no two are ever the same. With that in mind, your Captain and Expedition Team carefully plan your active, curated itinerary and daily excursions that may include the following areas:

Antarctic Sound: At the northernmost tip of the Antarctic mainland, this body of water features some of the best sightseeing on the peninsula and a proliferation of giant icebergs. Noted for its vast numbers of bird species, the sound is home to the largest breeding colonies of Adélie penguins in Antarctica. Look forward to opportunities to land on remote, wildlife-laden islands as well as possible opportunities to experience a continental landing on the northwest tip of the Antarctic Peninsula.

Danco Coast: Bordering the South Shetland Islands along the Antarctic continent, the Danco Coast is famed for its scenic, jaw-dropping waterways. From the comfort of ‘Le Lyrial,’ you may sail through some of its most stunning and photogenic channels, straits and bays.

Each cruise day begins with an early breakfast followed by a morning excursion on swift Zodiacs (sturdy inflatable boats). Piloted by expert A&K drivers, each excursion is accompanied by lecturers and joined by groups of no more than 10 guests. After mornings discovering native species and striking terrain, return to ‘Le Lyrial’ for lunch and time to relax. Or observe the wildlife-rich waters that surround you, searching for everything from fin whales, humpback whales and orcas to Antarctic and imperial shags.

By afternoon, set out for the day’s second excursion, which may include visiting a scientific research station, hiking on a sheltered beach packed with basking southern elephant seals or circumnavigating colossal icebergs that serve as floating homes to seals and penguins. After full days of adventure, evenings aboard your luxury cruiser invite you to unwind over cocktails in the cozy lounge before dinner in the elegant dining room. At night, choose to recap the day’s discoveries with your naturalist guides, chat on deck with fellow guests or seize the opportunity to capture photos in the stunning low light characteristic of Antarctica’s long, ethereal twilight.

Bid farewell to wondrous Antarctica and begin your cruise back to Ushuaia at the southernmost tip of Argentina. The ship’s return through the Drake Passage is an interlude for recap and reflection offering time to compare notes with your expert lecturers on the wildlife, history and geology of the White Continent. Spend time on board with newfound friends in the comfortable common spaces of ‘Le Lyrial,’ enjoy quiet relaxation on your own private balcony or absorb more fascinating lectures by your captivating Expedition Team.

While cruising through this historic passage, you may spot various species of whales and seabirds, including the elusive albatross and the giant petrel, an opportunistic predator and scavenger nicknamed the “stinker.” The immense albatross is an especially stunning sight to behold — these wandering birds boast a wingspan approaching 12 feet and are capable of gliding through the air for hours at a time in search of food.

‘Le Lyrial’ docks at Ushuaia this morning. After breakfast, bid farewell to your crew and fellow guests before disembarking. Transfer to the airport for your flight to Buenos Aires, where you connect to your international flight home, or join your Ushuaia Post-Tour Extension.

Discover Iguazu Falls, visiting both the Argentine and Brazilian sides of one of South America’s greatest natural wonders. 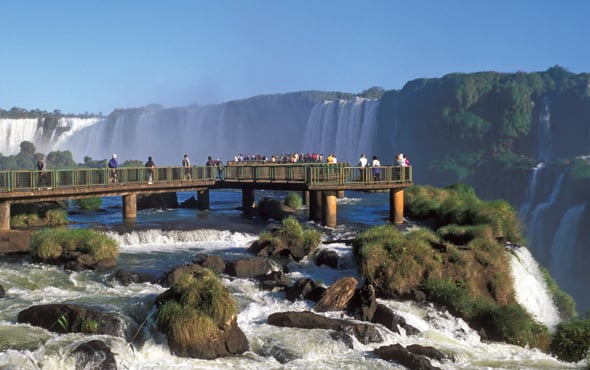 Arrive in Buenos Aires. You are transferred to your historic hotel in the heart of the city where you meet your A&K local guide, who joins your journey.

Fly to Iguazu Falls and experience the Argentine side of the park, walking the trails above and along the falls. Choose to venture out onto a suspended platform that extends 1,300 yards over the lush tropical basin at the very brink of the Garganta do Diablo (Devil’s Throat). 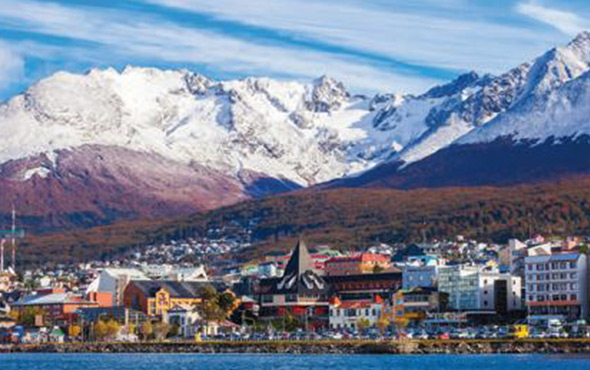 Single Supplement from $795 per person

Disembark in Ushuaia and set off on a morning city tour. After lunch, travel in a 4x4 on an off-road adventure to the Fuegian Andes region. Journey through forests and across rivers, taking in views of Lago Escondido (Hidden Lake) from above the Andes and enjoying an Argentine barbeque at impressive Fagnano Lake. Return to your hotel for an evening at leisure.

Travel to Haberton Ranch, the first estancia in Tierra del Fuego, and one of the most rugged and beautiful places in the Beagle Channel. Visit its marine mammal museum, ride a motorboat to Martillo Island to see its penguins, and then cruise to the enormous Gable Island for a Patagonian lunch. After coffee, hike this gorgeous island, crossing over beaver dams and through its forest to reach the shore of the Beagle Channel. Return to your hotel and enjoy time at leisure.

Categories 4-9 include room upgrade at the hotel and butler service aboard the ship.