Why Your Kids Will Love Antarctica

A Lot of ‘Wow’ Moments Sailing the Southern Ocean

By Eileen Ogintz from ‘Taking the Kids’ “Wow!” exclaimed ‘Le Boreal’ Captain Etienne Garcia when he’d get on the loudspeaker to alert the passengers that they should grab their cameras and head on deck. “Wow,” there are humpback whales right next to the ship! “Wow! A lone Emperor penguin! I haven’t seen one in three years,” he declared. The 34 kids and teens on board the 200-passenger ‘Le Boreal’ for Abercrombie & Kent’s family holiday trip to Antarctica, South Georgia and the Falkland Islands had many wow moments during the 17-day trip: Walking on “fast” floating sea ice 3-feet thick on New Year’s Day. The kids were served juice while their parents had champagne. “I’ll always remember this,” declared Olivia Gembarovski, 10, from Melbourne, Australia. “You don’t see people walking on ice in the middle of the ocean every day.” 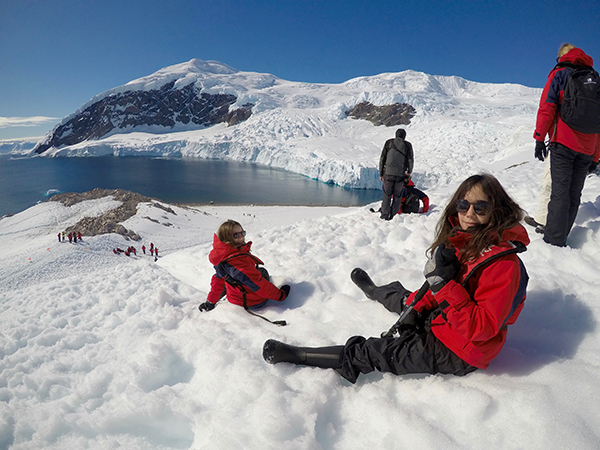 Sliding down a slushy hill on their backsides, no sleds needed, at the bottom of the world in Neko Harbour on the Antarctic Peninsula, and trudging back up in the sunshine to do it all again.  “The best day of my life and that’s only a little exaggeration,” said Conrad Kistler, 12, from Orange County, California. 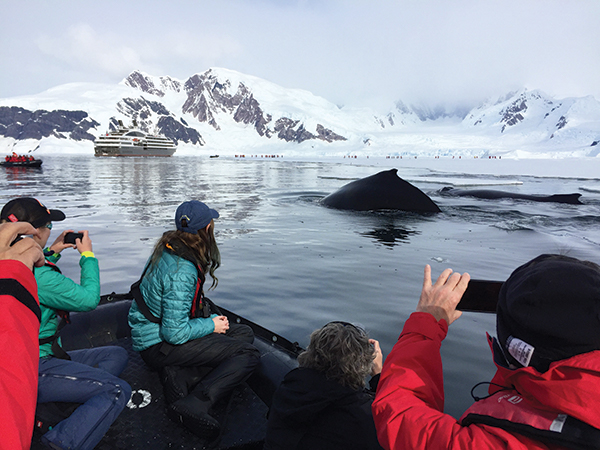 Seeing whales pop up all around them as they rode in Zodiacs in Wilhelmina Bay, which is a feeding ground for whales who were so busy eating they ignored the humans. “I didn’t think I’d get to see them so close,” said Kyra Servoss, 12, from Boca Raton, FL. 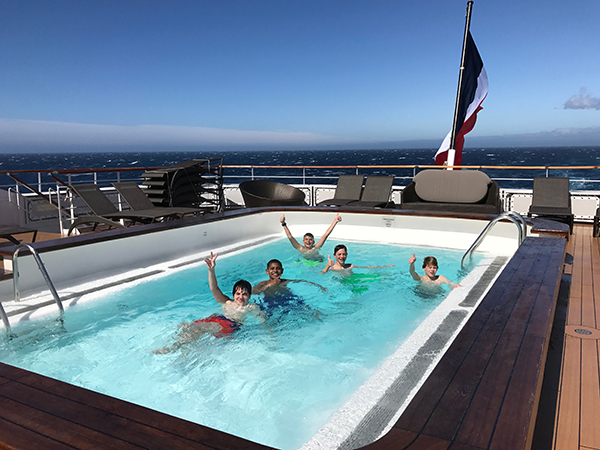 A New Year's Eve when it never got dark. It was as light at midnight as in the late afternoon. “We went swimming at 2 a.m.,” said Sean Jacobson, 15, from San Diego, CA 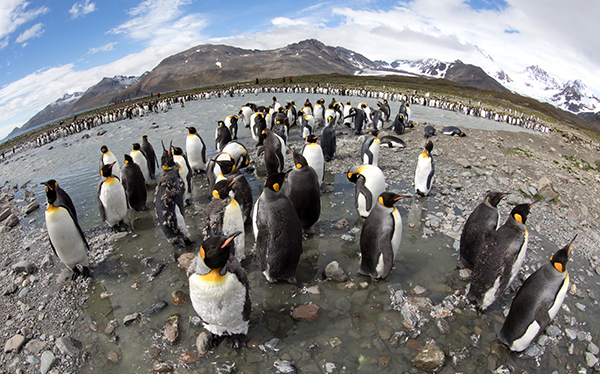 Seeing so many penguins—and so many different species, “because penguins are my favorite animal,” explained Kevin Taylor, 12, from suburban Chicago. 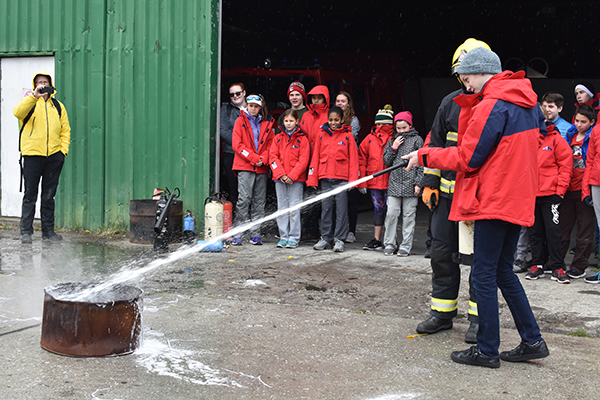 Putting out a fire with the Falkland Island firefighters at their station in Stanley (population 2,500) and then driving to the ship in a fire truck, sirens blaring. “Riding shotgun in a fire truck… how cool is that?!” said Charlie Brountas, 15, from New York City. 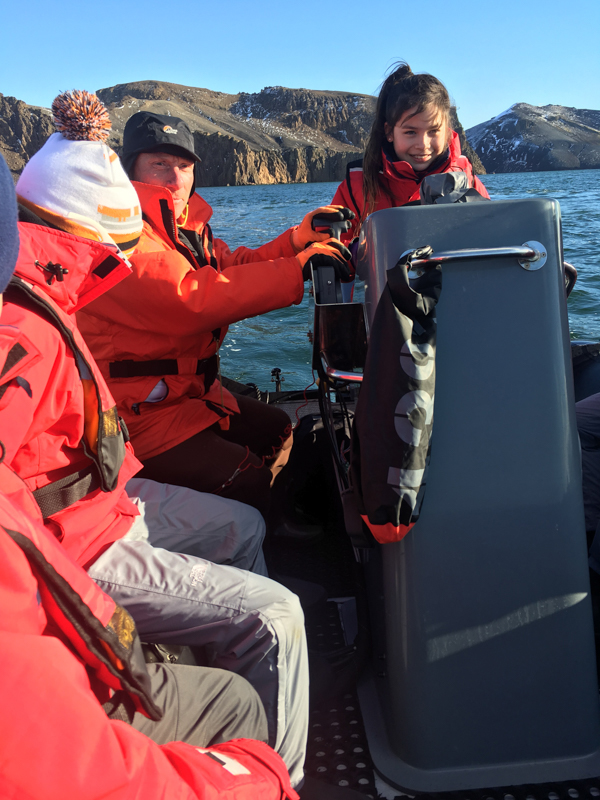 Learning how to drive a Zodiac with the Young Explorers program. “That was my favorite Young Explorer activity,” said Lena Sundin, 12, from San Mateo, CA adding that all the friends she made from around the world was a high point too. 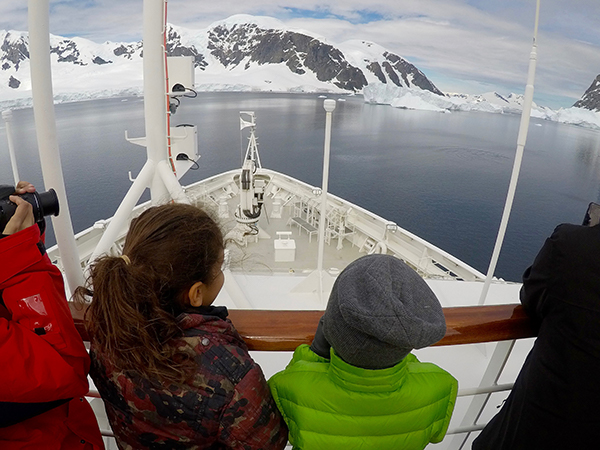 “It’s impossible to choose the best moment,” said Sergei Svertilova, 17, from Moscow. “Every day we saw something new!”