Discovering the Endless Wonder of Travelling the Northwest Passage

On August 20, 2015, 186 guests set out on A&K’s The Northwest Passage: From Greenland to the Bering Sea, an adventure that soon proved to be one of the most unforgettable luxury expedition cruises ever led by Abercrombie & Kent. This was somewhat anticipated: Where most cruises turn around halfway through the Northwest Passage, A&K transited the entire length of this historic route with its outstanding Expedition Team on an exclusively chartered, 23-day voyage aboard luxurious ‘Le Boreal.’ But it was the perfect alignment of these expected elements and those exciting unknowns that are intrinsically part of the nature of expedition cruising—including perfect weather to accommodate a well-designed itinerary and jaw-dropping shows of wildlife—that gifted an experience beyond compare. Here, our guests and team share the very best moments on this A&K expedition. 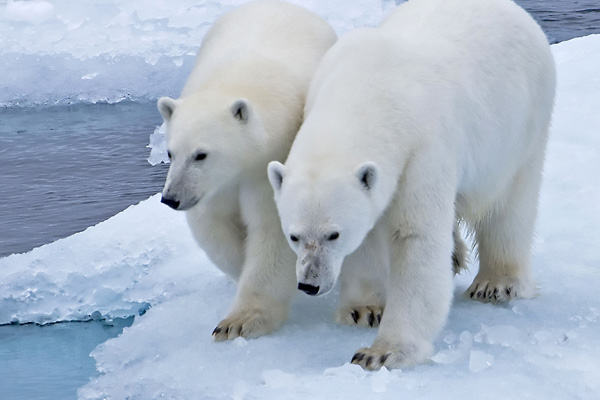 Seeing polar bears—a few or even one—is all but a matter of luck, especially in the region’s remote northern habitats, yet A&K guests saw 39. “I’ve been to the Arctic several times,” says Julia Evanoff, A&K’s Expedition Cruising Product Manager, “but never have I seen so many en masse.” A&K guest Leona De Boer experienced two sightings, the first from an exciting excursion to a bay to find beluga whales. “It was late and the weather was rough and wet, and so off we went on this exhilarating Zodiac ride,” says Leona. The adrenaline rush continued in the bay, where the group found dozens of belugas as well as numerous polar bears—at least 14!—feeding on the whales. “One bear was in the water batting at belugas,” says Leona. Another mama bear was feeding on the belugas with her cubs. “It proved how incredible the A&K naturalists are,” says Leona. “They get you there safely and make sure both you and the animals are not at risk.”

Moments in History Frozen in Time

Exploring a tragic reminder from the lost Franklin Expedition, the landing on Beechey Island was particularly memorable for history buff Alexander Buzel. “Reading about it is one thing, but actually setting foot on Beechey Island with its absolute desolation is striking,” says Alexander. “About two miles down the beach, there’s a camp Sir James Ross built in case Franklin returned to Beechey. Today, it stands with the same canned food—albeit empty and rusting—along with the carcass of a boat that Ross left for Franklin to use to escape the Arctic. I felt fortunate to be one of the first travellers to really explore it.”

Beauty Among the Inuit 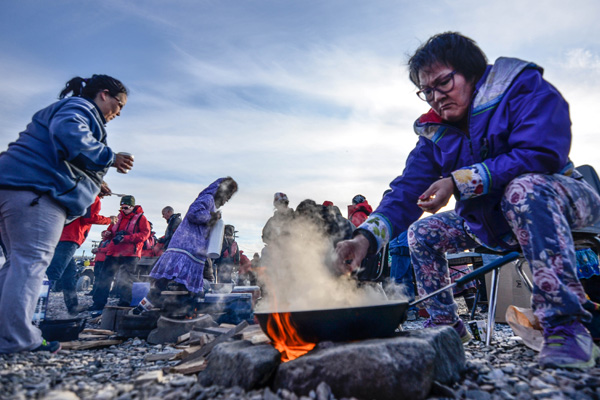 A&K guests visited several Inuit communities, including the 300-strong Copper Inuit tribe in Ulukhatok. “That was my favorite day,” recalls Julia. “This community doesn’t see many visitors because there’s only a short window when ice is at a minimum and ships can arrive. The locals were very excited and really embraced us.” Proudly dressed in native garb, the women prepared donuts, smoked char and coffee, while others danced and led tours of the entire village, which included stops at a grocery store, art museum selling prints and muskox wool scarves, convenience store, large school and small hospital with a full-time social worker—even an eight-room, metal hotel with Wi-Fi and a café. “They also just built a greenhouse to grow their own vegetables,” says Julia. “It was really inspiring to see their commitment to making a difference.” 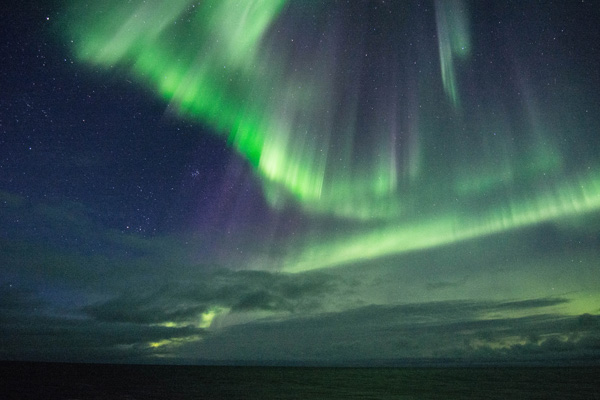 Leona and her husband, Raymond, have seen the northern lights from their home in Alberta, but had never witnessed a display like they did in the Northwest Passage. “Captain Garcia was great about letting us know if there was something we should be looking at, no matter the time of day,” says Leona. “I absolutely love that because if it’s after midnight and the Aurora Borealis is mind-blowing, then I want to get up and see it.” That’s exactly what happened when he woke guests in the wee hours, ever so quietly alerting them to the sight in the skies. “We went out on deck and saw the best Aurora we have ever seen. You know when you dip an Easter egg in dye and then watch the dye run down the egg? It was like that. I have never been directly under the northern lights before and it felt like we were in our own snow globe, watching the dye fall around us. It was spectacular.”

Experience it for yourself on our 2018 expedition, The Northwest Passage: From Greenland to the Bering Sea.