Coffee Around the World

Published on September 1, 2015
by Abercrombie & Kent 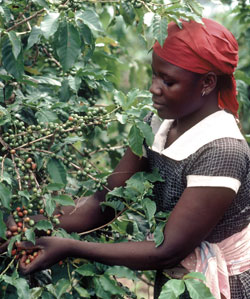 Coffee’s reputation as a pick-me-up, coupled with its important role in our social and culinary lives, has ensured its coveted status across continents and cultures through the ages. Today, coffee cultivation, production and enjoyment are a deeply engrained in many cultures.

Each region has its own distinct coffee type or traditions, and you can experience many firsthand in Turkey, Italy or throughout Europe, not to mention Africa and South America. Delve further to learn about these cups of joe in store.

In Turkey, It’s About Style

“Turkish coffee” is less about origin and more about the style of preparation, which involves grinding beans into a very fine powder and boiling them over moderate heat in a small brass pot called a cezve — usually with sugar and sometimes with cardamom. The coffee is ready when it rises, bubbles, all-but-overflows and the grounds settle. Sipping the result is an experience no A&K guest should miss. Just be prepared: your thick, dark, strong beverage will likely arrive in a demitasse cup and is best enjoyed with super-sweet, indulgent Turkish Delight. As for those aforementioned coffee grounds at the bottom of the cup, they may be turned over, allowed to cool and used for fortune telling (tasseography). Sample an authentic cup while on an A&K journey to Istanbul — the one at Fazıl Bey is of particular note. If you’re feeling adventuresome, order yours with amla sakızlı (mastic), a pine-flavoring agent. Experience coffee the Turkish way on an A&K journey.

Italians love their coffee. And while it entered the country from the Islamic world, it developed its own, specific set of social customs in Italy — ones that you’d be wise to abide by. Here, locals partake in milky concoctions — cappuccino, caffé latte, latte macchiato — in the morning, but not after a meal. Post-breakfast, they move on to straight-up un caffè (a single shot and the most common) or caffè doppio (a double). Just remember: don’t sip and savor. Here, it’s all about bottoms up. Of note, some coffee styles are regional. For example, in Naples, caffè alla nocciola consists of espresso with hazelnut cream, while marocchino in Milan features a shot of espresso with a dollop of frothy milk and a sprinkle of cocoa powder. Acceptable variations to caffè, cappuccino and caffé latte are caffè macchiato or latte macchiato, espresso hit with a dash of milk or hot milk with a splash of coffee. You also can order a brew with chocolate shavings, ice and sugar — or even brandy or grappa. If this all seems a bit much, order a caffè lungo, which uses twice as much water as a typical preparation. Sample the many flavors of coffee in Italy with A&K.

In Tanzania, coffee production is significant to the economy — in fact, Arabica and Robusta are the country’s largest export crops. Coffee is thought to have appeared in Tanzania in the 16th century, courtesy of modern-day Ethiopia. At that time, however, it wasn’t brewed to create a beverage; instead, it was chewed as a stimulant. Tanzanian coffee, like most East African Arabicas, sports notable acidity, rich flavor and is medium- to-full body in nature. It’s often separated into peabody and flat. (We mostly drink the peabody beans in the U.S.) Naturally, it’s never better than when it’s fresh from the source. Fortunately, you can immerse yourself in the Tanzanian coffee experience while staying at Arusha Coffee Lodge, a working plantation where you can take a “bean-to-cup” tour on the grounds. It reveals how beans are nurtured, harvested, dried and roasted. Then, naturally, you get to taste the results. Let A&K show you the many sides of Tanzania.

Linger Over Cups in Austria

As in Italy, Austria’s Viennese coffeehouses are beloved, so much so that UNESCO recognized them as part of Austria’s “Intangible Cultural Heritage,” as important to the country as the tango is to Argentina. Par for the course, sipping is an elegant experience, one where you’ll encounter cafes with marble-topped tables meant for lingering at with a newspaper and apfelstrudel. According to one popular legend, it all started when Polish-Habsburg soldiers came across sacks of beans — initially thought to be camel feed — when liberating Vienna from the second Turkish siege in 1683. Supposedly, the Polish king granted the sacks to soldier Jerzy Franciszek Kulczycki. After tinkering that involved the addition of sugar and milk, he sold his first cup of joe and the tradition of the Viennese coffeehouse was born. To sip coffee in Vienna is to walk in the footsteps of literary luminaries as well as fabled artists, scientists and politicians. Get your own taste at lauded locales such as Kaffe Alt Wien, Café Central and Café Landtmann, Sigmund Freud’s preferred place for a pick-me-up. Visit Austria’s world-famous cafes.

It’s impossible to travel to Colombia without encountering what arguably are the world’s best beans. Sure, Colombian coffee is exported to the United States, Europe and Japan, but there’s nothing like experiencing it amid its growing region, declared a UNESCO World Heritage Site. The first coffee crops were planted amid Colombia’s eastern stretches, and the first green coffee bags were exported in 1835. Since then, coffee has become synonymous with the country — particularly in the Caldas, Quindío and Risaralda regions (Zona Cafetera). During an A&K journey, consider a stop at the Colombian National Coffee Park in Montenegro, Quindío; it’s a go-to for an interactive look at the crop. And be sure to visit lush Hacienda Venecia, a working coffee farm that offers walking tours and tastings. Visit inspiring, emerging Colombia with A&K.