8 Incredible Whales and Seals of Antarctica

Published on April 4, 2017
by Abercrombie & Kent
The Incredible World Beneath You in Antarctica Whether on land or beneath the waves, the wildlife in Antarctica is astounding in its variety. Meet some species of whales and seals you’re likely to encounter on your voyage. 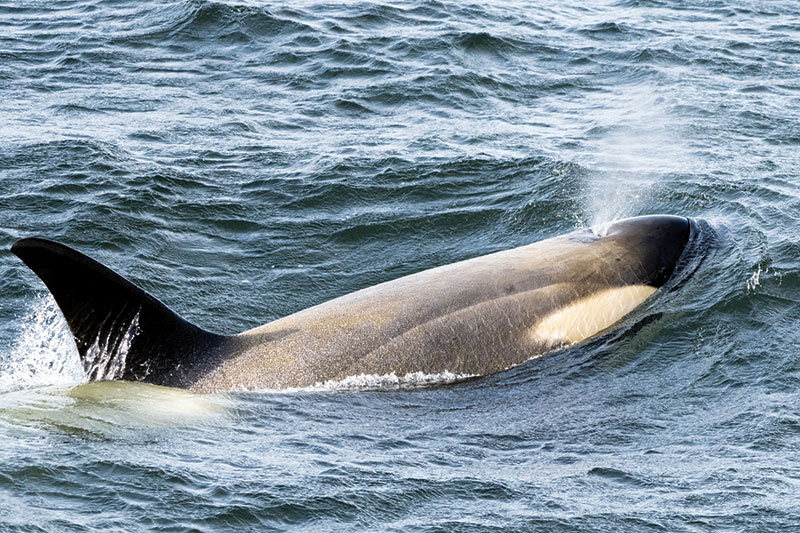 Also known as killer whales, orcas are not really whales at all but the largest member of the dolphin family — and also its most powerful carnivore. Known for their intelligent, collaborative hunting efforts, pods of orcas can be seen swimming along Antarctic coasts in search of prey, each easily distinguished by its jet-black top and the wide, white patches behind its eyes. 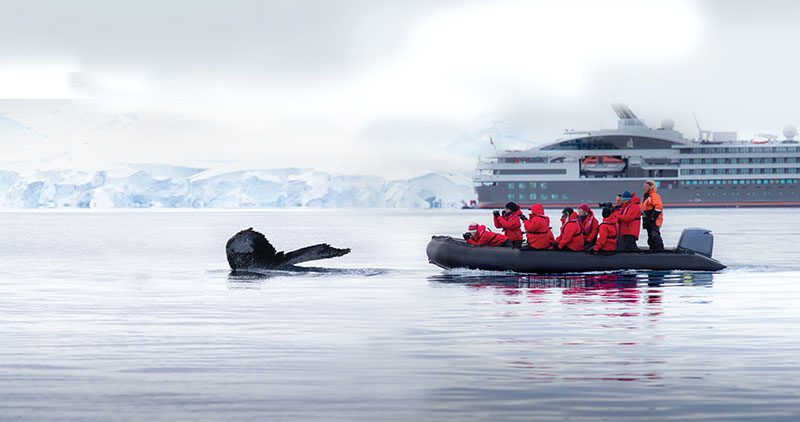 Distinctive features of this gentle giant include long pectoral fins, a knobby head and a length of about 53 feet long — longer than a Greyhound bus. Visitors to Antarctica are usually rewarded with views of the whales’ increasingly big pods feeding in krill-rich waters, something A&K’s Expedition Team excitedly refers to as “whale soup.” 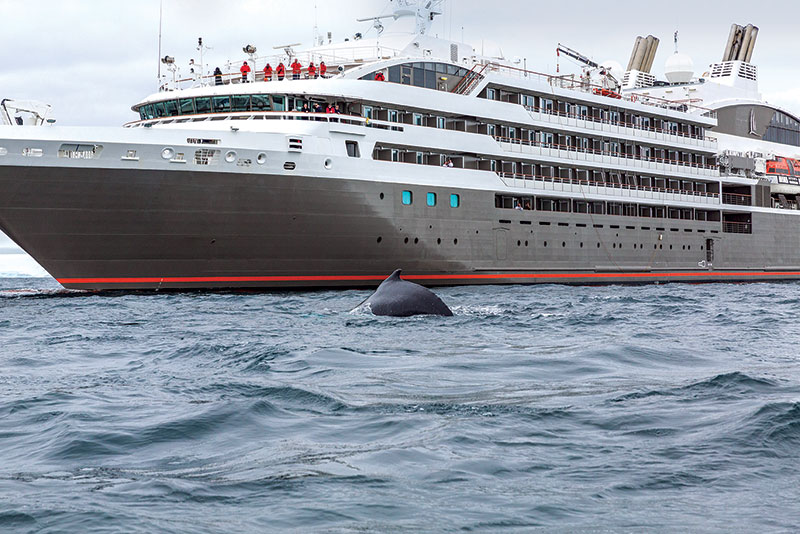 The second largest whale in the world after the blue whale, fin whales can grow to a length of 88 feet. More secretive than other whales as they seldom jump and do not show their flukes when diving, the best way to spot a fin whale is to look for the large splashguard in front of the blowhole on its flat, broad head. Despite a ban on hunting in effect since 1986, fin whales are still on the endangered list. 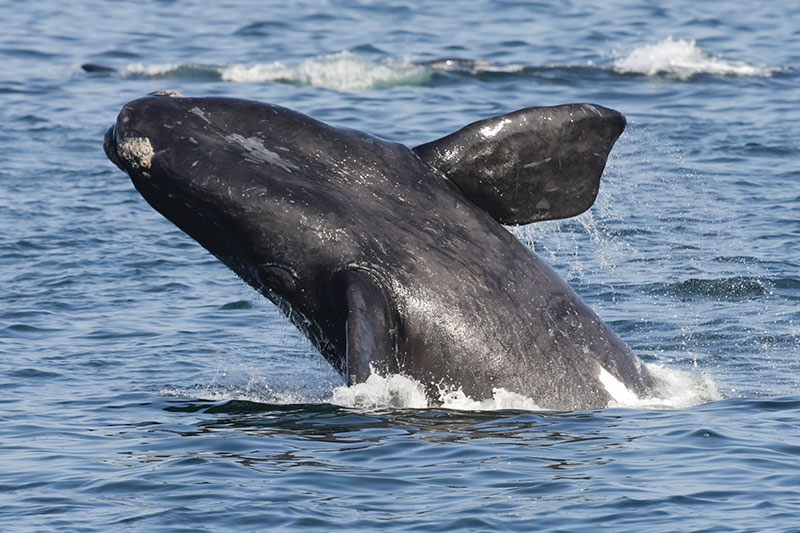 Known as the right whale because it was the “right” one to hunt, the slow-moving southern right offered early whalers an easier kill and a profusion of oil. Its large head is topped with two blowholes and its distinct “bonnet” of callosities (crustaceans). Hunted from the early 17th century and nearly extinct by the 20th century, their numbers have slowly recovered and they are often seen around the South Shetlands and South Georgia islands. 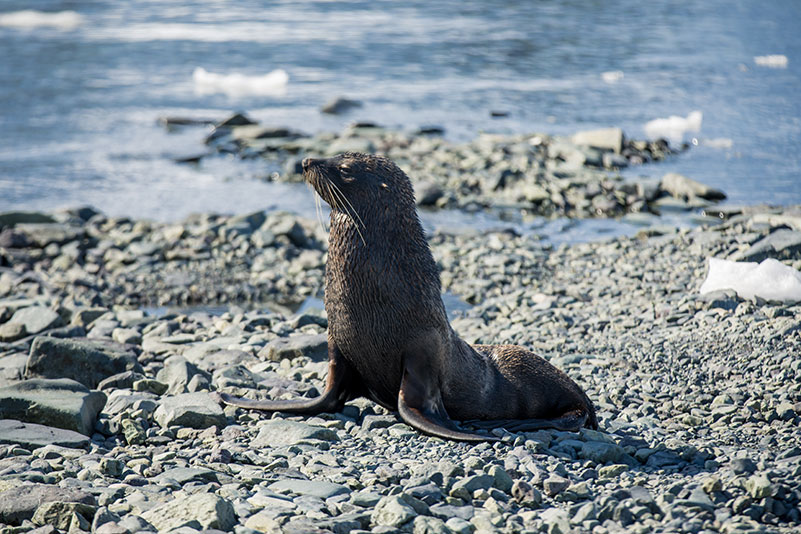 The only eared (Otariid) seal in Antarctica, the medium-size Antarctic fur seal was dubbed the “sea bear” by early mariners and nearly brought to extinction in the 19th century for its greyish brown coat. Now, some four million — the species’ largest population — flourish on South Georgia. 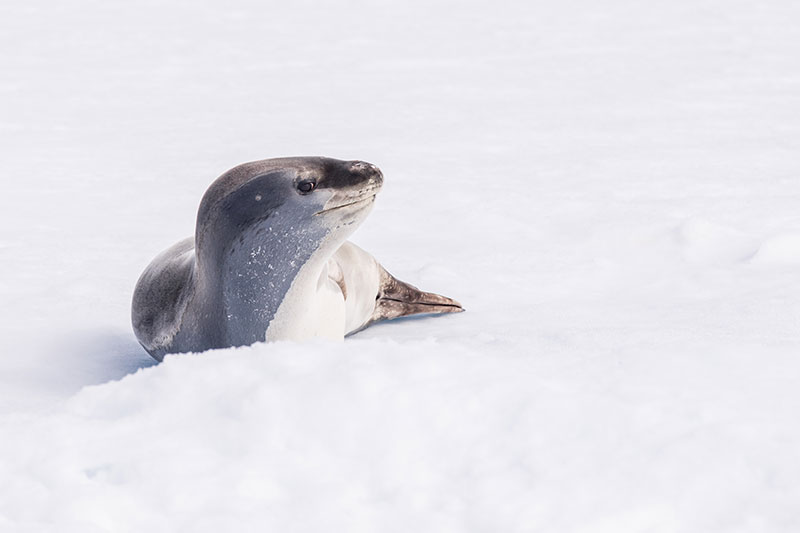 Rarely seen outside of Antarctica, this stunning seal with a spotted coat and uniquely long snout is also a fierce top predator. Leopard seals are the only species of seal to feed on warm-blooded prey — penguins and young seals — and females can reach an astounding 12-plus feet in length. 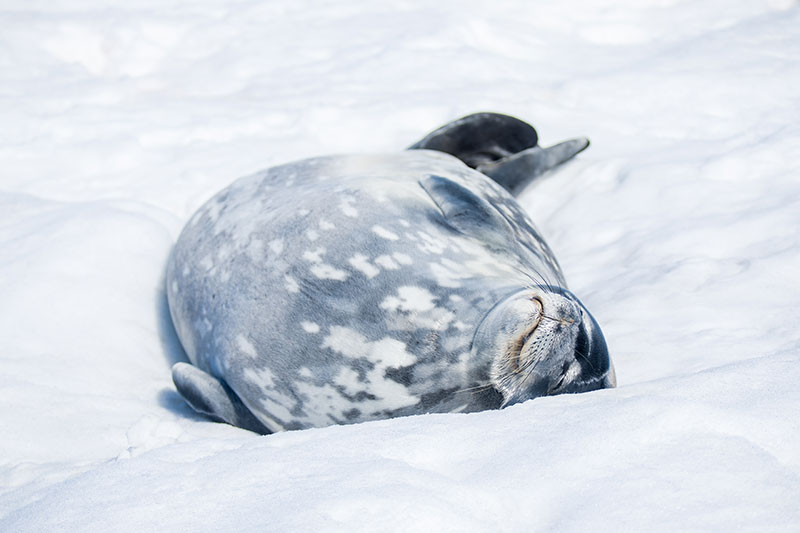 Beyond their tiny smiling faces, these placid pinnipeds are among the largest, hardiest and most southerly of all seals. Accomplished divers, Weddell seals are capable of staying underwater for up to an hour.

Meet the boss of seals in Antarctica and the largest seal in the world: Weighing in at 8,800 pounds, the southern elephant seal can grow to over 20 feet in length. The seal’s name comes from the trunk-like appendage found on males’ heads, which they use to produce a “roar” in mating season. Learn more about visiting Antarctica with A&K.
Categories: Destinations Up Close
Tags: northwest passage, antarctica, luxury expedition cruises, cruise;