Five Sites to Celebrate with an Incredible Sundowner

Published on December 30, 2015
by Abercrombie & Kent
The sundowner is a tradition that dates back to 19th-century colonial Africa, when British soldiers would cap off a hot, dusty day in the bush with a cool alcoholic beverage, usually gin, as the sun sank slowly beneath the equatorial horizon. This cordial ritual soon became a fixture of African safaris as well and, over time, has come to be applied to libations shared at the end of a hearty day of travel in virtually any locale — especially to toast a setting of extraordinary beauty. While countless destinations may be worthy of a refreshing sundowner, here are five that rank as simply incredible. 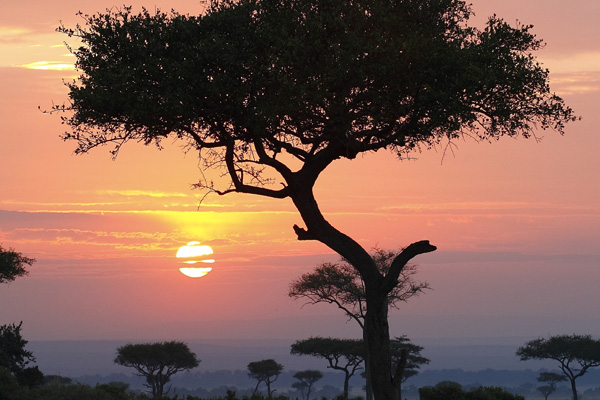 It’s always best to start at the beginning, in Africa, where both A&K and the sundowner were born. The sky seems boundless above Tanzania’s Serengeti, a vast ecosystem covering 12,000 square miles of rolling plains and open grasslands dotted by the occasional umbrella-like acacia tree. Home to huge contingents of East African animal species, including elephants, lions, zebras, gazelles, wildebeests and cheetahs, it is here where the classic tented safari was immortalized by the likes of Ernest Hemingway and Isak Dinesen. Nothing in the written word compares, however, with experiencing it in person, the afternoon sun hanging low over a sprawling, golden-hued panorama, ice cubes clinking in a sweating glassful of your favorite cocktail, as you sit back, relax and — literally and figuratively — drink it all in. Find out for yourself in Serengeti National Park on A&K’s 2016 Tanzania Safari in Style. 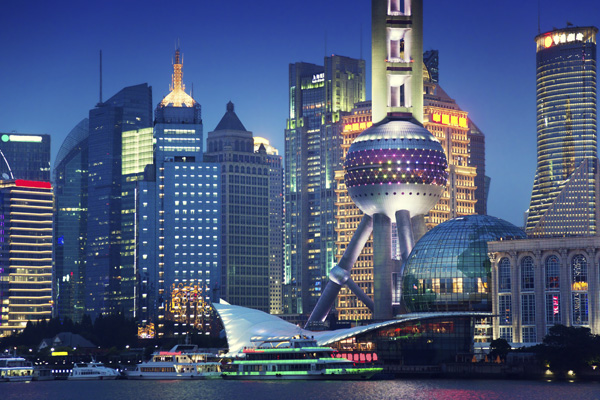 It’s one thing to hear how China has become an industrial powerhouse to rival the United States, a bustling nation on the move and determined to prove it belongs as a player on the world stage. It’s quite another to see this fact realized in concrete, steel and neon. Sprouting up overnight, historically speaking, the skyline of Shanghai bears witness to the country’s phenomenal growth and ambition. One of the world’s fastest-growing cities in terms of skyscraper construction, Shanghai has created a vertical profile to rival that of any great metropolis. The skyline of its waterfront district, Pudong, has already taken on icon status, instantly recognizable for its fanciful, bulbous Oriental Pearl Tower; the soaring, spiraled Shanghai Tower, tallest building in China; and the Jin Mao Tower, with its pagoda-influenced design. Toast it at sunset from the rooftop of a swank Shanghai hotel, as the glimmering lights of nighttime turn it into a vibrantly colorful spectacle. It’s the perfect cap to your first day in Shanghai on China, Tibet & the Yangtze with A&K.

Snowy peaks that jut skyward above flower-carpeted meadows, picturesque wooden chalets nestled beside icy, crystal-blue lakes — it’s an alpine setting that could easily pass for parts of Western Europe. Instead, the locale is South America, Argentina to be precise, and the place is Bariloche, known to visitors as “Little Switzerland.” This year-round destination offers hiking, skiing, and some of the most delectable chocolate in the world. The architecture here reveals the influence of the Germans, Austrians and Slovenians who colonized this part of the Andes in the late 19th century. After an exhilarating day on the slopes or trails, raise a stein of local microbrew and watch the sun slip behind a jagged crest, or stand on golden Playa Serena, beside the rolling Pacific, and salute the beauty of twilight on the waves, with fellow A&K guests on Wonders of Chile & Argentina. 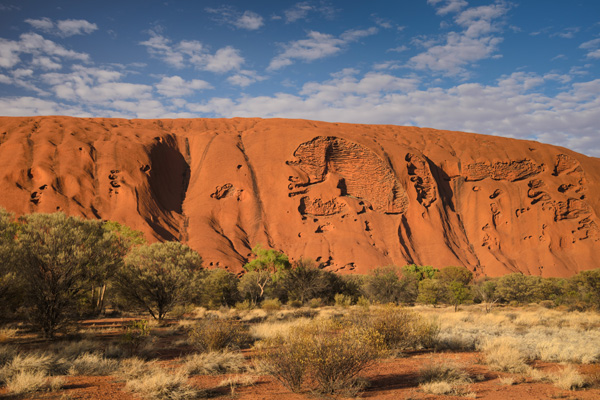 For the past 10,000 years or more, the Aboriginal people of Australia have revered a large monolith made of red sandstone that they call Uluru. Also known as Ayers Rock, the massive, weathered outcropping rises 1,141 feet above a base that is 5.8 miles around. It resides at what is nearly the geographical center of Australia, and draws almost a half-million visitors a year who photograph it, or simply bask in its presence. Local tribes living nearby believe it was formed by the activities of ancestral beings when the world was being created, in what they call the Dreamtime. Geologists offer a more practical explanation. What is indisputable is the beauty of this majestic monolith at sunset, when the day’s waning rays cause it to shift in color and tone, from a rich rust red to a deeper burnt umber. It’s a sundowner experience included — complete with sparkling wine and canapés — on A&K’s Australia & New Zealand: The Lands Down Under. 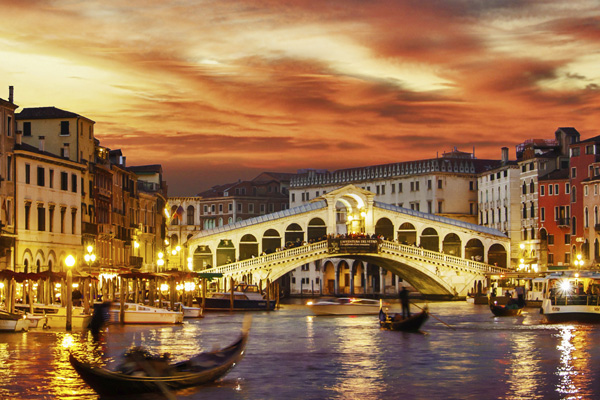 You may tour St. Mark’s Basilica and marvel at the lavish Doge’s Palace or enjoy a glass-blowing demonstration on Murano Island and visit a market near Rialto Bridge. But whether you walk its narrow streets alone or glide along its legendary canals in a gondola for two, you won’t find a blend of history and romance more compelling than that of Venice anywhere else on earth. There are great artworks like Bellini’s Madonna and Child to be admired at Frari Church and many a bacaro, where you can enjoy the rich flavors of local Venetian cuisine. Everywhere you go, and virtually anywhere you look, there is something remarkable to see — lovely, inspiring sights made all the more so by the glow of the setting sun and the Italian red in your glass. Enjoy a Scenic Sundowner on your first day in Venice on Italian Treasures with A&K.

In case you’ve ever wondered, A&K’s Sundowner magazine is named for times like these and, as luck would have it, each of these stunning settings can be enjoyed, favorite drink in hand, with fellow guests and a Resident Tour Director on an A&K Luxury Small Group Journey.