A&K staff writer Bob Whiting explores the secrets of the Inca stonemasons with help from one extraordinary local guide. 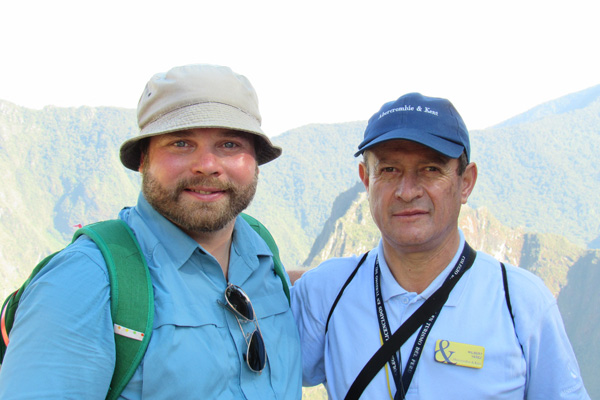 Thrilled to hear I’d be tagging along on an A&K Luxury Small Group Journey, I poured over my itinerary for Peru: Machu Picchu & the Sacred Valley. Our group was slated to explore some of the world’s most fascinating archeological ruins, and I was excited to learn more about these notoriously enigmatic sites.

Sorting Fact from Fiction with Our Local Guide

The eerie precision and massive scale of the Inca’s stonework had always fascinated me. Everyone seemed to have a theory, some even involving space aliens. I was keen to get the real story. Shortly after touching down in Cusco, the group met the man with all the answers, our local guide, Wilbert Yañez. Proudly hailing from Cusco, Wilbert eats, sleeps and breathes Inca history. He is a fixture in the local university’s library and a face known by all who frequent the ruins of Ollantaytambo, Machu Picchu and Sacsayhuaman. Sorting fact from fiction, he would set the record straight as to how the iconic walls of the Inca were built. 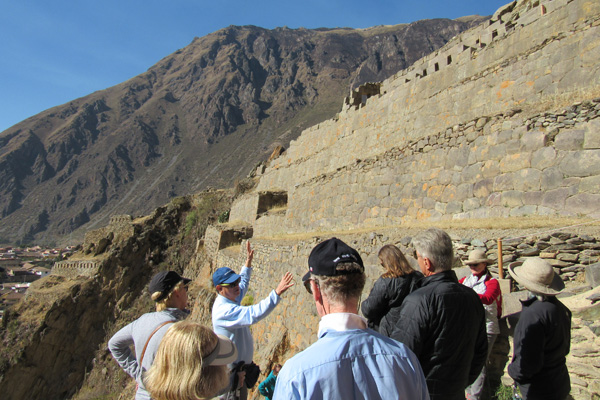 Wilbert revealed the secrets of the stonemasons during our group’s visit to Ollantaytambo, an Inca site dating back to the 15th century. Once the royal estate of Emperor Pachacuti, it was pressed into service as a fortress defending against the invading Spanish Conquistadors. Leading us up a series of dramatic terraces, Wilbert pointed out a wall of exquisitely joined stonework. He explained that, while there were many theories as to how these walls were built, the widely accepted hypothesis involved a combination of techniques. 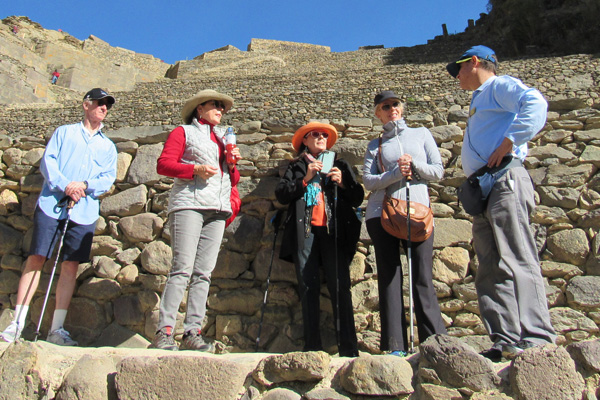 Wilbert paused at a particularly complex joint, gazing at it intently. He began to describe a process his Inca ancestors had likely witnessed firsthand hundreds of years ago. “First, a wooden template was formed to fit the gap the mason was attempting to fill. Once the template was dialed in, it was taken to the quarry, where it was lashed to a raw stone. Sometimes wedges were used to split the stone along its natural faults, removing large sections of material. Workmen chipped away at the stone until a rough blank emerged in the shape of the template.” I saw the scene unfold in my mind’s eye as I listened along and looked out over the ruins. “The stone was then hauled to the site for final fitting, a mind-bogglingly laborious undertaking involving special ramps, massive ropes and, in some cases, hundreds of men pulling along.”

The Magic of Final Fitting

Wilbert pointed to some protrusions jutting out from one of the stones. “Logs were tucked under these tabs to lower the stones into position,” he explained. “As test fitting progressed, a fine powder was used to mark high points where the adjoining stones bound against one another. These areas were subsequently chipped, ground and polished away. The process continued: lowering … testing … chipping … grinding … polishing … until a perfectly flush fit was achieved.” Wilbert broke his gaze from the wall and paused for a moment, as if catching his breath from travelling back in time. 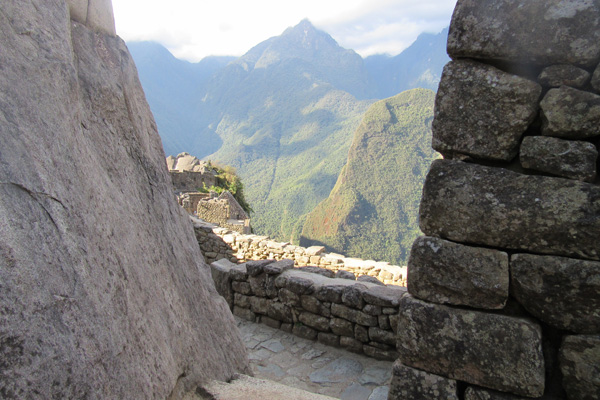 The True Wonder of the Incas

Wilbert’s expertise would wow us on countless other occasions throughout the journey. How did the Inca thrive in such inhospitable environments? What was Machu Picchu’s purpose? How had they built such a powerful empire out of thin air? Whatever the question, Wilbert had a scientific answer to hand. When people ask what impressed me the most on my journey, I don’t tell them the 9,000-foot-tall Sun Gate overlook of Machu Picchu or the 100-ton blocks of Sacsayhuaman, I tell them the five-foot-tall, 120-pound A&K local guide named Wilbert.
Categories: Traveller’s Tales
Tags: peru, luxury small group journeys, machu picchu;