Published on December 3, 2015
by Abercrombie & Kent
Earlier this fall, guests on A&K's Luxury Expedition Cruise The Northwest Passage: From Greenland to the Bering Sea (August 20-September 12, 2015) were invited to submit photos taken during the voyage as part of an A&K-sponsored photo contest. We received entries from 36 guests, who together sent us more than 1,600 images for consideration. After careful deliberation of the many impressive entries, we are pleased to share the winning photos from our Northwest Passage Photo Contest, which we present alongside excerpts from our Northwest Passage Trip Logs. 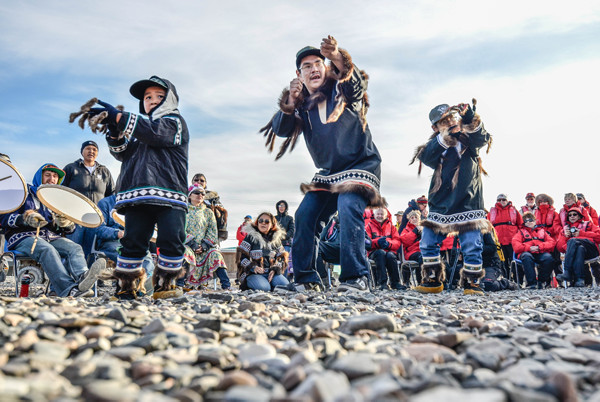 "Two fires had been lit on the beach and women in traditional dress invited us to take tea, bannock rings and char, freshly cooked in large frying pans. We were then treated to a display of dancing and singing with drummers setting the rhythm. Normally made from seal stomachs stretched over a wooden hoop, these drums were instead made of cloth and beaten lightly with a stick. Some of the dancing had its roots in the people living below the tree line and movements represented imitations of mammals and birds.” 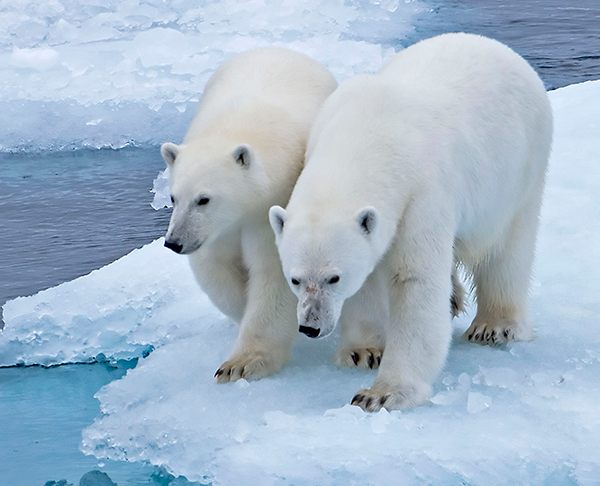 "‘Le Boreal’ closed in on a large sheet of ice. And on that ice was a polar bear with a well-grown cub, estimated by our naturalists to be about three-and-a-half years old. The cub kept very close to its mother, even as their curiosity brought them nearer to the ship. Did they smell breakfast cooking? Amazingly, they came within about 50 yards of the ship and the clicking of shutters confirmed a most incredible wildlife photo opportunity.” 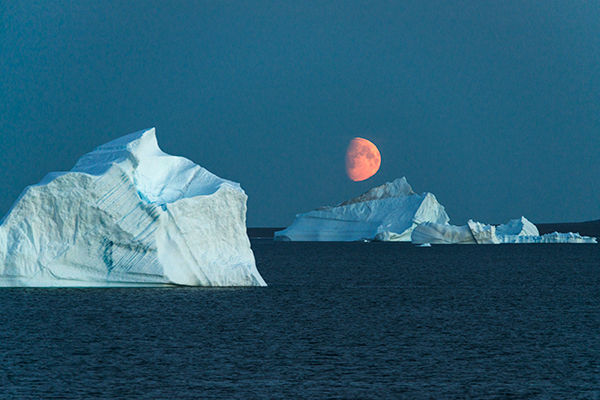 Moonrise in the Arctic, Northwest Passage

"It was a fantastic day and this region, famous for having the best weather in Greenland, certainly lived up to its reputation!”

A&K awarded all three winners with a credit for future travel and wishes to thank every participant for their amazing work capturing the Northwest Passage.