Published on May 1, 2015
by Abercrombie & Kent
For most of us, the phrase “on safari” quickly conjures thoughts of tracking lions, elephants, rhinos and other big game across the African plains. Yet the desire to get up close with nature’s most inspiring wild animal species can take you far beyond the borders of a single country or continent. Since pioneering the luxury safari in East Africa in 1962, Abercrombie & Kent has incorporated the elements of the safari experience into journeys to every corner of the earth. Here are some prime locations for an “alternative safari” with A&K — pith helmet optional. 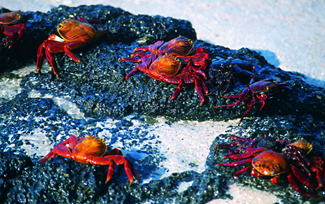 A Galápagos cruise affords endless opportunities to spot unique species, be it the blue-footed boobie or the Galápagos tortoise. Galápagos travel also offers the chance to see sea lions up close while swimming and snorkeling off shore. During an island expedition, some species even take guests by surprise. Some guests even have the chance of seeing species such as sharks. Galápagos tours may also reveal species few guests are familiar with before they arrive, such as the flightless cormorant. Ancestors of these agile diving birds had strong wings that carried them to the island. Once here, however, the bird was able to make its living exclusively in the water. As the need for flight diminished, generation by generation, so did the size and power of its wings. Today, the species can no longer fly, thus serving as a living example of how natural selection works in “nature’s laboratory.” A&K guests have the chance to spot these, as well as other iconic species like the marine iguana, Sally Lightfoot crab and the frigate bird, when they embark on a cruise aboard nimble ‘Eclipse.’ 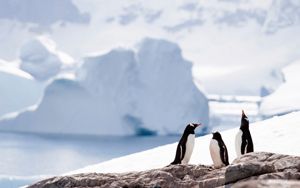 For a complete 180, consider booking an Antarctica cruise to view hot-blooded creatures — both up close and from your private balcony aboard luxurious ‘Le Boreal.” Antarctica trips with Abercrombie & Kent let guests to witness the White Continent’s residents during the Antarctic summer, when they are at their most active. Penguin species seen during Antarctica travel may include the elusive emperor; the king, whose large populations rule South Georgia Island; the fast-swimming gentoo; the small-but-striking rockhopper and the distinctively bearded chinstrap. In the savage logic of survival in such harsh surroundings, any of these tuxedoed treasures could fall prey to the leopard seal, whose agile power and toothy jaws make it a highly successful hunter. Seals, in turn, are a favorite meal of the orca, also called the killer whale — largest member of the dolphin family and the apex predator of the region. 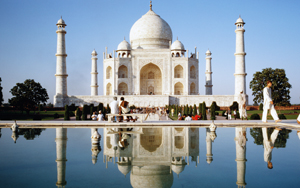 India travel reveals an incredible array of species, including the Asiatic lion, saltwater crocodile, Asian elephant and wild dog. Travel to India and you may even spot the rare golden langur as well as the sloth bear, pangolin, Indian rhino, cobra and a variety of monkeys. Lording over all of everything, however, is the Bengal tiger, the undisputed king — and queen — of India’s great game reserves. Though the tiger is endangered, A&K’s long-standing relationships with the finest game guides in India make sighting one of these rare and magnificent creatures a strong possibility on any of several India tours. 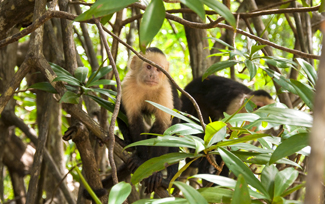 Not to be outdone, Costa Rica travel reveals lush, green landscapes and a staggering number of wildlife encounters. If travelling to Tortuguero National Park from July through September, you may spot the Atlantic green sea turtle nesting. Endless tropical bird species — toucans and the dazzlingly colored quetzal, for example — can be spotted year-round. On boat tours in the park, the American crocodile, spectacled caiman, green iguana and southern river otter have been known to make an appearance, along with the three-toed sloth. A&K’s luxury Costa Rica tours increase the odds for nature sightings, thanks to our expert team of hand-picked naturalists, who use all five senses to locate species, listening for their calls, looking for their favorite habitats, even knowing what they smell like, and sharing their knowledge with the group. This interaction is exactly what Natalie Ewing of A&K Costa Rica enjoys most about sending guests on safari here. “It gives me a great sense of satisfaction to hear young guests or adults discussing ecology, conservation, rainforests and wildlife after a day in the field,” she notes, “And to have guests say the tour they have just finished with me is the best, or one of the best ever, even when they have been to Africa.” Regardless of where and when you travel, our handpicked naturalists guide A&K guests to intimate wildlife encounters that turn the notion of being “on safari” on its head.
Categories: Destinations Up Close
Tags: safari, antarctica, Costa Rica, Galapagos Islands, india;